Denver, CO On April 27, the federal District Court for the District of Colorado granted conditional certification to a class of plaintiffs who brought unpaid wage claims against Helix TCS, a cannabis security company. The defendant employer began almost immediately to try to mitigate the financial impact that a successful collective action lawsuit might have under the Fair Labor Standards Act (FLSA).

Appreciating the importance of Robert Kenney v. Helix TCS Inc. requires a little bit of context, however. The cannabis industry poses all sorts of problems for federal courts because, although permitted under some state laws, cannabis commerce is still illegal under federal law. Add to that, recent moves to limit the reach of collective actions under the FLSA. And then, of course, there is the issue of the enforceability of mandatory arbitration clauses in employment agreements. Kenney is a hot, steamy policy stew.

Helix provides security, inventory control, and compliance services to the marijuana industry in Colorado. Robert Kenney worked as a security guard for Helix between February 2016 and April 2017. He alleges that he and other similarly situated security guards regularly worked more than forty hours per week. Nevertheless, Helix classified them as exempt employees under the FLSA and paid them a salary instead of overtime. Mr. Kenney filed a lawsuit against Helix in 2018, contending that the company willfully misclassified the security guards as exempt employees even though they frequently performed non-exempt job duties. 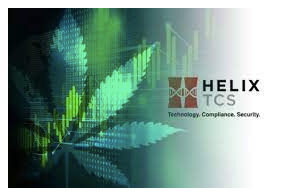