Delta-8 tetrahydrocannabinol (THC) offers the hemp industry commercial promise, with the potential for fresh markets and new products. But as delta-8 products increasingly land on store shelves and online shopping carts, they also invite legislative scrutiny and, in some cases, action.

The cannabinoid already has provoked bans in 12 states:

According to Marielle Weintraub, president of the U.S. Hemp Authority, which certifies hemp products (and has recently decided not to certify delta-8 products). Meanwhile, legislative bans are brewing in other states, including North Dakota, Alabama and Oregon.

Florida lawmakers, moving in the opposite direction, have established a legal framework for delta-8.

The emergence of commercial delta-8 simultaneously thrills and worries hemp industry leaders. Prior to delta-8, no hemp products got people high.

“The [2018] Farm Bill passed with the understanding that hemp is nourishing, hemp could be food, used in supplements, used as fiber or grain. And hemp is not intoxicating,” Weintraub tells Hemp Grower. “Delta-8 defies the intention of the laws and the rules. I think it’s incredibly short-sighted and can bring down the entire hemp industry before we’ve had the chance to show people what this plant can do. Delta-8 makes me so angry.”

Erica Stark, executive director of the National Hemp Association, describes delta-8 as “complicated.” On the one hand, she acknowledges critiques of delta-8 that revolve around its psychoactive properties. The industry, she says, devoted years to convincing lawmakers that hemp was an extremely useful and versatile product, one that would deliver myriad commercial opportunities to farmers, manufacturers and stores, none of which involved people getting stoned. Delta-8 throws that into question.

But, on the other hand, she says, “anything that can help hemp farmers and entrepreneurs be successful is something we support.”

“People want it and should have access to it,” she says. “It’s a good use for excess hemp material. It might help businesses survive while we wait for regulations on CBD from the FDA, which should further open CBD markets.”

Stark says delta-8 is a topic of rising concern for the nonprofit. It is collaborating with members in different states and considering drafting model legislation for hemp stakeholders in states to offer in the event that lawmakers start holding hearings about the cannabinoid.

Delta-8 is one of more than 100 cannabinoids found in the hemp plant. The most famous cannabinoid, delta-9 THC, is the compound in cannabis that tends to get people “high.” While botanists would call hemp and cannabis the same thing, the 2018 Farm Bill established a legal difference. If the plant contains no more than 0.3% THC (delta-9 and THCA) on a dry-weight basis, the federal government considers it hemp. Any amount above 0.3% and it’s not hemp—and not within the bounds of federal regulations.

Why does the hemp industry worry about delta-8, a cannabinoid derived from legal hemp? After all, the farm bill determined that all hemp-derived cannabinoids are hemp and not controlled substances.

Concern revolves largely around how delta-8 is produced. The cannabinoid is present in hemp, but in minuscule amounts. Extracting naturally occurring delta-8 from hemp for commercial production, at least for now, is not financially viable. Instead, manufacturers synthetically alter hemp-derived CBD through a chemical conversion that turns the cannabinoid into delta-8, allowing them to produce it in larger volumes.

In August 2020, the DEA released its interim final rule on hemp, stating that “synthetically derived tetrahydrocannabinols remain schedule 1 controlled substances.” But does the DEA consider delta-8 “synthetically derived”? If so, the agency has yet to take action against companies selling the cannabinoid. 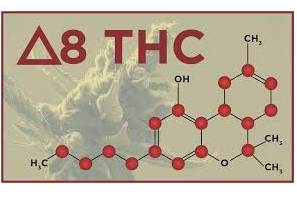