On April 28, 2021, the U.S. District Court for the Central District of California granted summary judgment to the defendant employer on claims brought under the Fair Employment and Housing Act (“FEHA”)—including claims for disability discrimination, retaliation, wrongful termination in violation of public policy, failure to provide accommodation, failure to engage in an interactive process, and failure to prevent discrimination—asserted by a medical marijuana user whose job offer was withdrawn based on a positive pre-employment drug screening test.

In Espindola v. Wismettac Asian Foods, Inc., Case No. 2:20-cv-03702 (C.D. Cal. Apr. 28, 2021), the plaintiff, a Florida resident, applied through a recruiting agency for an executive position with the defendant employer.  The company offered the plaintiff a job and told him that he would be subject to the policies in the company’s employee handbook, which contained a pre-employment drug testing provision.  At the plaintiff’s request, he was granted a delay in scheduling his drug screening in order to address personal matters.   Shortly thereafter, and only a few days before his first day at work, the plaintiff took steps to procure a medical marijuana card in Florida.  As part of his on-boarding paperwork, the plaintiff indicated that he was not disabled and signed a drug testing consent form and the employee handbook.  In a subsequent meeting with the employer’s CEO, the plaintiff disclosed that he had chronic back pain for which he had been prescribed medical marijuana.  The plaintiff did not provide any supporting medical documentation to prove his diagnosis or any work-related limitations, only providing the approval of his application for a medical marijuana card by the Florida Department of Health.  The plaintiff took his pre-employment drug test, which was positive for marijuana.  The employer terminated the plaintiff’s employment due to the positive test, after which the plaintiff filed a complaint in California federal court.

In granting the employer’s motion for summary judgment, the court held that the plaintiff’s disclosure to the employer that he had chronic back pain alone, without supporting documents to substantiate his claim of a physical disability or how chronic back pain affected his ability to work, was insufficient to make out a prima facie claim under the FEHA.  The court concluded that in the context of this case, the plaintiffs “chronic back pain” did not qualify as a disability under the FEHA and the employer could not be said to perceive the plaintiff as having a disability.  For these reasons, the plaintiff’s accommodation, interactive process, and retaliation claims also failed. Moreover, the court held that, even if the plaintiff could establish that he had a qualified disability, he could not meet the evidentiary standard to show that he was terminated from employment for anything other than a legitimate, non-discriminatory reason—the failed drug screen.  The court explained that where, as here, “the employer has a uniform policy requiring employees to complete a pre-employment drug test as a condition of employment, the fact that the employee has notice of that condition, coupled with the result of the test, is determinative.”  Therefore, the employer had a legitimate, non-discriminatory reason for terminating the plaintiff’s employment.  The case has been appealed to United States Court of Appeals for the Ninth Circuit.

In so holding, the court confirmed that in California—unlike in New York, Nevada, and soon Philadelphia—an employer may screen out applicants on the basis of a pre-employment drug test for marijuana.  To reduce the likelihood of discrimination claims such as the one asserted in Espindola, employers should take care to notify applicants that a job offer is conditioned on consent to drug testing, to uniformly apply the drug testing policy to all applicants, and to avoid any discussions of an applicant’s underlying medical conditions.

On May 13, 2021, the United States District Court for the Western District of Michigan held that a Black employee whose employment was terminated for a positive drug test for marijuana had plausibly pled his allegations of employment discrimination sufficient to overcome the defendant employer’s motion to dismiss.

In Bownes v. Borroughs Corp., Case No. 1:20-cv-964 (W.D. Mich. May 13, 2021), the plaintiff was a long-time, union employee covered by a collective bargaining agreement (“CBA”). The employer immediately terminated the plaintiff’s employment after he tested positive for marijuana. The CBA, however, provided that if an employee tested positive for a controlled substance, the employer could allow the employee to complete a “rehabilitation/treatment program” as a condition of continuing employment.  The employer could immediately terminate employment after a second positive test, unless the employee “comes forward and admits that he has an alcohol or drug problem after having been rehabilitated.”  The plaintiff alleged that similarly situated White employees who had failed drug tests had been given the opportunity to complete a “rehabilitation/treatment program” and allowed to continue their employment.

In denying the employer’s motion to dismiss, the court held that the plaintiff had sufficiently pled a disparate treatment claim by identifying six White employees allegedly treated more favorably than him.  The court rejected the employer’s attempt to introduce information outside of the complaint that would allegedly show that it had a universally-applied zero tolerance workplace drug policy.

While the employer will have an opportunity to present its defense more fully on summary judgment, this case presents a lesson to employers that they should carefully consider the level of discipline that is appropriate for a drug (in this case, marijuana) offense, and ensure that offenders are disciplined fairly and consistently under the company’s policy.

On August 10, 2021, the Pennsylvania Superior Court affirmed that the state’s Medical Marijuana Act (“MMA”) creates an implied private right of action for medical marijuana users to sue their employers for discrimination.

The MMA provides that “[no] employer may discharge . . . or otherwise discriminate or retaliate against an employee . . . solely on the basis of such employee’s status as an individual who is certified to use medical marijuana.”  In Scranton Quincy Clinic Company, LLC v. Pamela Palmiter, Case No. 498 MDA 2020 (Pa. Super. Ct. Aug. 5, 2021), a medical assistant who uses medical marijuana to treat chronic pain, chronic migraines, and persistent fatigue, was advised that she could not continue to work after failing a drug test, despite providing a copy of her medical marijuana certification.  Although the MMA does not create an express private right of action, the medical assistant brought a claim for discrimination and wrongful discharge in violation of the law.

Acknowledging that the MMA does not create an express private right of action with statutory remedies, the appellate court adopted the lower court’s three-part analysis to determine whether the statute contained an implied right of action.  Specifically, the three-judge panel considered whether: (1) the plaintiff is one of the class for whose “especial” benefit the statute was enacted; (2) there is an indication of legislative intent, explicit or implicit, to create or deny such a remedy; and (3) it is consistent with the underlying purpose of the legislative scheme to imply such a cause of action.  In holding that the MMA contained an implied right of action, the appellate court observed that the General Assembly had “proclaimed a public policy prohibiting such discrimination” against medical marijuana users, and found that the Pennsylvania Department of Health did not have exclusive enforcement authority.

The Superior Court also determined that the MMA supports a claim for wrongful discharge.  Siding with the trial court, the Superior Court again cited public policy reasons, rejecting the employer’s assertion that Department of Health remedies were intended by drafters to be the MMA’s sole enforcement mechanism.

Now that a state appellate court has given employees the “green light” to bring their own claims under the MMA, Pennsylvania employers should exercise care when considering adverse employment actions against employees based on their on their off-site use of medical marijuana.

These cases illustrate that the legal landscape regarding cannabis and employment law continues to change, even in jurisdictions that have legalized medical and/or recreational cannabis.  Employers should continue to monitor case law developments to determine whether and to what extent they may discipline employees or refuse to hire applicants who test positive for cannabis.

America Garza, Law Clerk in the firm’s New York office, contributed to the preparation of this post. 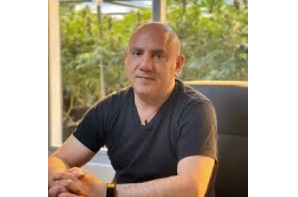