300% Rise In Hemp Production But Possibility Only 10% Could Be Turned Into Liquid Gold, CBD

High Plains Jnl explains the economics of this gold rush and like many other gold rushes many might lose out.

A dramatic rise of hemp planted this year has been seen around the world and in particular the U.S., with 46 states having licensed farms since the farm bill was passed in December 2018. The potential for the U.S. market alone is astronomical, $8.5 billion, but there isn’t enough processing equipment installed to handle 90% of this year’s harvest. The fear is that $7.5 billion dollars of hemp will be rotting in farmer’s fields this fall.

CBD is one of the fastest growing consumer product segments and this is evident with the 128,000 acres of hemp, according to Gregory Meyer in a web article in the Aug. 22 “The Financial Times,” equivalent to 100,000 football fields planted in 2019 alone. That’s a 300% increase from the previous year, and each acre of hemp can produce 165 pounds of CBD oil at a market value of roughly $66,000. That same acre of hemp used for fiber products only garners $850, a staggering value difference. Unfortunately there is less than 10% of equipment installed in the U.S. that is required to process hemp into CBD oil before it spoils. This is a major pinch point for hemp farmers to turn their crop into cash.

Banks are so scared that the FDIC will penalize them for supporting anyone that has the word “cannabis” in their supply chain and, since hemp is a form of cannabis, banks won’t make loans for processing equipment.

Roger Cockroft, CEO of Delta Separations, said, “CBD derived from hemp is a huge new growth industry for the U.S. but this year, the industry’s first fully legal year, is going to be a nightmare for many. Big banks ran scared and wouldn’t support infrastructure investments because they heard the word ‘cannabis’ even though hemp is completely federally legal. With such a small processing capacity in the U.S., up to 90% of what’s in the ground will most likely rot in the field when Crop-tober rolls around. That could mean loss of up to $7.5 billion.” 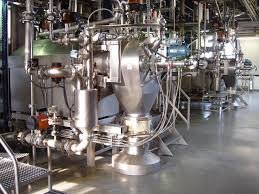