India LSD Bust “Though the accused attempted to flee after seeing the officers, they were nabbed by the sleuths”

We report this for two reasons. The first being that just by following Indian media stories there definitely seems to be an uptick of LSD use by the under 30’s in India and secondly we do love use of the English language in the Indian media. If only our media would write with such joi de vivre !

KOCHI: Three youths, including a student, landed in police custody with 45 LSD stamps in Perumbavoor on Saturday. According to the police, the seized drug will fetch around Rs 1 lakh in the market. Mohammed Haris, 21, of Kottackal, Malappuram, Junais, of Vazhikadavu, and Amaldev, 20, of Vellimadukunnu, Kozhikode, were arrested. Of these, Amaldev is a degree student of a college in Kozhikode.

“The accused were arrested during a search conducted following a tip-off received by K Karthick, SP, Ernakulam Rural. The contraband was brought for sale in the district,” said an officer. Like all drug smuggling cases involving youths, the accused also took to drug peddling to make easy money.

Though the accused attempted to flee after seeing the officers, they were nabbed by the sleuths. A team led by K Madhu, DySP, Narcotic Cell, conducted the search. Further investigation is on, police said. 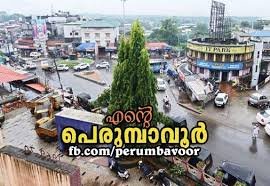