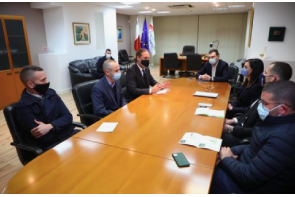 ReLeaf president Andrew Bonello, accompanied by Dr Andrew Agius of the Pain Clinic, sat down with Robert Abela, Rosianne Cutajar as well as PL Deputy Leader Daniel Micallef to discuss issues related to the personal use of cannabis, and any hopes for the legalisation of it for Maltese citizens.

Speaking to Lovin Malta, Bonello described the meeting as “very cordial and fruitful” and centred around continued criminalisation of non-violent cannabis consumers on the island.

“ReLeaf is pleased that the Government continues to show the political will to bring about change and ensure the human rights of people who consume cannabis are no longer trumped up by draconian policy and law,” he said.