There’s been a string of robberies affecting Washington State cannabis dispensaries, culminating in three deaths over just four days in March. Those robberies have led to tremendous personal and financial losses, not to mention additional operating hurdles for legitimate cannabis business owners. As if it weren’t hard enough to find good help right now, cannabis dispensaries are looking at paying hazard wages after one cannabis store employee was killed during a recent armed robbery.

This isn’t a problem that’s exclusive to Washington, of course, but with the media spreading the word about how cannabis dispensaries are easy money, it’s spiraled rapidly out of control. According to the Washington State Liquor and Cannabis Board, there have been over 70 armed robberies at cannabis dispensaries in less than 90 days. Americans for Safe Access has even created a Robbery Preparedness Guide for cannabis businesses.

But why is this happening?

Why Robbers Are Targeting Cannabis Businesses

Thanks to the federal government, cannabis businesses—especially dispensaries—are a motherlode of cash. That’s not by choice; rather, because cannabis businesses aren’t welcome in federally insured banks and can’t accept credit cards for payment, cash is the only way they can accept payment. Now that these stories have hit the news, everyone knows that cannabis dispensaries are the place to go for a quick buck.

Of course, the reason that cannabis businesses can’t access federal banks is because those banks with FDIC (Federal Deposit Insurance Corporation) coverage are afraid to work with an industry that is still federally illegal. According to the feds, marijuana is the worst of the worst, a Schedule I controlled substance that has “no currently accepted medical use and a high potential for abuse.” (That’s a statement that millions of people who are prescribed medical marijuana would beg to differ with.) Put differently, the federal government’s failure to change its stance about marijuana has created a public safety crisis that’s impeding an entire industry.

So, what can cannabis businesses do to protect their employees, customers, and earnings?

How to Protect Your Cannabis Business

There are two prongs to the solution: a long-term fix and a few short-term workarounds.

First, cannabis businesses must have access to banks, just like any other industry. The Safe and Fair Enforcement (SAFE) Banking Act, which would prohibit penalties against banks that work with legitimate cannabis businesses, would be a terrific start. The House has passed the SAFE Banking Act six times—and six times, the Senate has blocked it.

What about state remedies? In Washington, at least, nearly 50 percent of the cash in any cannabis business is due to the state for tax payments. The state government therefore should either help cannabis businesses protect that money—by providing banking alternatives—or waive the taxes when legally earned, taxable revenue is stolen in a documented robbery.

In the absence of a real solution through federal legislation or state intervention, businesses are on their own for short-term fixes. Those boil down to finding ways to safeguard the business’s cash and make the business a less-appealing target.

Armed security guards are the most obvious solution—and we mean that in the best possible way. It’s hard to miss the person standing outside a dispensary with a gun. But qualified armed guards are expensive; expect to spend $500 to $1,000 a day for an insured and bonded security guard. Even then, an armed guard isn’t a panacea. In one recent case, an attempted robbery at a store with an armed guard resulted in the guard shooting and killing the intruder.

Man-trap entries that only permit one person to enter at a time could help in the most prevalent type of strong-arm robberies, where three to four robbers enter the store and threaten or rough up staff until someone opens a safe. But these aren’t a perfect solution, and they’re expensive to install.

Again, it doesn’t have to be this way. This violence is a problem that could be fixed practically overnight with appropriate, fair and long overdue legislation. As it is, our clients jump through flaming hoops to operate legally. They pay millions of dollars in taxes. They deserve to have legal protections for their earnings, not to mention their employees and customers.

Disclaimer: The contents of this blog is considered an advertisement under CA law. The information in this blog post (“post”) is provided for general informational purposes only, and may not reflect the current law in your jurisdiction. No information contained in this post should be construed as legal advice from Cultiva Law, PLLC or the individual author, nor is it intended to be a substitute for legal counsel on any subject matter. No reader of this post should act or refrain from acting on the basis of any information included in, or accessible through, this Post without seeking the appropriate legal or other professional advice on the particular facts and circumstances at issue from a lawyer licensed in the recipient’s state, country or other appropriate licensing jurisdiction.

Why Security Is a Problem for Cannabis Businesses Right Now 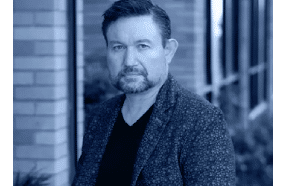