This article will discuss the rapidly evolving legal landscape and liability risks of cannabis in the United States. Although marijuana and cannabis remain illegal on a federal level, that hasn’t stopped various states from continuing their efforts to increase tolerance for this product in many U.S. states. Indeed, as the chart appended to this article shows, only four states have no laws allowing cannabis or cannabidiol (CBD) to be sold––while both remain on the federal list of illegal drugs.

The Legalization Bandwagon Rolls On

While both cannabis and CBD remain federally illegal, perhaps the biggest and most effective lobby for national legalization of those two compounds are veterans suffering from pain, PTSD, addiction, or other ailments that these compounds are believed to be effective in treating. Under federal law, veterans are denied access to these treatment options.

The issue of national legislation may not need to wait for a democrat to take the presidency, if enough republicans shift their support to cannabis. Former House Speaker John Boehner has reversed his unalterable opposition to cannabis, stating on Twitter that: “I’m convinced de-scheduling the drug is needed so we can do research, help our veterans, and reverse the opioid epidemic ravaging our communities.” Calling on the federal government to reclassify marijuana, Boehner and William F. Weld, the former Massachusetts governor, who both sit on the board of Acreage Holdings (a cannabis production company), jointly stated, “the time has come for serious consideration of a shift in federal marijuana policy.” Daniel Victor, John Boehner’s Marijuana Reversal: “My Thinking on Cannabis Has Evolved,” N.Y. Times, April 11, 2018, http://www.nytimes.com/2018/04/11/us/politics/boehner-cannabis-marijuana.html. (last visited July 29, 2019)

President Trump, however, remains opposed to any loosening of federal restrictions to help veterans. As of May 2019, his administration has opposed three proposed bills that would: (1) allow cannabis prescriptions for veterans; (2) conduct a study on health effects of cannabis; and (3) stop stripping veterans of VA benefits when they consume state-legal cannabis. Tom Angell, New Bill Would Protect Veterans from Losing Benefits over Marijuana, Marijuana Moment (April 10, 2019), https://www.bostonglobe.com/news/marijuana/2019/04/10/new-bill-would-protect-veterans-from-losing-benefits-over-marijuana/fdY8bJrA1jN37aLhr6Hl9L/story.html. (last visited July 29, 2019)

The Rohrabacher-Farr amendment prevents the U.S. Department of Justice (DOJ) from spending money to prevent states where medical marijuana is legal from “implementing their own State laws that authorize the use, distribution, possession, or cultivation of medical marijuana.” https://www.congress.gov/amendment/113th-congress/house-amendment/748/text

The DOJ rescinded the Cole guidelines that encouraged federal prosecutors to take a hands-off approach in legal states, and some U.S. attorneys have diversion, violence, or illegal sales to minors—could prompt them to take action. He’s presumably not too pleased with reports like one issued this week by Oregon cannabis regulators that found a number of stores around the state that reportedly sold cannabis to minors. 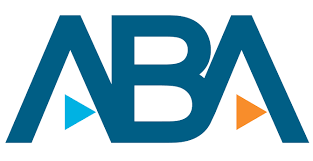