Just reported in the Canberra Times. This won’t come as much of a surprise to 90% of our readers but for politicians and media in Australia it’ll be a bit of a revelation.One, of course, that most politicians will choose to ignore as it doesn’t help with their narrative. 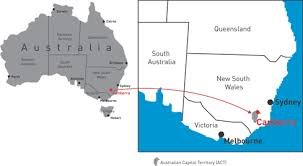 The national drug offence arrest rate was five times higher than in the ACT for the year ending June 2019.

Nationally the rate was 609 per 100,000, according to the Australian Criminal Intelligence Commission’s report on illicit drugs covering the 2018-19 year.

Almost half of the drug arrests in Canberra were for cannabis, three-quarters of which were consumers not dealers, some of whom were issued a warning.

In ACT, total drug arrests fell 23 per cent over the five years to June 2019, compared with a national reduction of just 1 per cent.

Analysis from the Alcohol Tobacco and Other Drug Association ACT found the reduction was driven largely by arrests for cannabis, with ACT arrests down 43 per cent, compared with a fall of 11 per cent nationally.

Cannabis was not decriminalised in Canberra until July 1, after the data was collected.

The Australian National University School of Criminology’s Gabriel Wong said the trend reflected police discretion regarding the enforcement of Cannabis offences, as a response to increased public approval.