An inquiry into the use of cannabis in Victoria will hear first-hand evidence from ACT representatives about laws that were passed regulating personal use and cultivation of the plant for personal use two years ago.

ACT politician Michael Pettersson has appeared at a Wednesday hearing for the inquiry to discuss his private members’ bill to regulate the personal use and cultivation of cannabis (or marijuana) which passed the ACT legislative assembly in 2019.

Pettersson was joined by Devin Bowles, ACT CEO Of the Alcohol Tobacco and Other Drugs Association, to comment on the territory’s experience regulating the drug at the Victorian parliamentary inquiry hearing.

Chair of the inquiry, Fiona Patten, said moves by the ACT to decriminalise the use and cultivation of cannabis in small quantities for adult use was a ‘major shift in government policy’.

“It is really important we hear from our interstate neighbours about how the new laws are operating as we look at the many different ways we could reform cannabis policy in this state,” Ms Patten said.

Over 1,400 submissions have been made to the inquiry, with a final report to be handed down in August 2021. Advocacy groups such as the Australian Drug Law Reform Foundation (ADLRF) have used their submission to argue that unregulated marijuana use poses a greater threat to individuals than a regulated supply.

ADLRF president Dr Alex Wodak told the inquiry that if the only available supply of cannabis is via the black market, young people would be unnecessarily exposed to dealers of other kinds of more elicit and harmful substances like cocaine and methamphetamine.

Wodak’s submission added that decades of research found little evidence of serious harm from cannabis use, and that studies showed ‘minimal or no difference’ to the life expectancy of those who use the medicinal herb compared with those who do not.

“How can that be a good thing for young Victorians? If the only supply is the black market, some young Victorians will be sanctioned in ways that risk damaging their education, employment prospects, relationships, accommodation, relationship with their parents and right to travel,” Dr Wodak said. 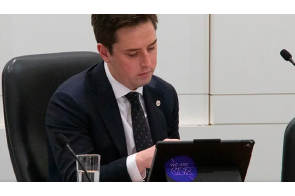