Julie Gunnigle narrowly missed the opportunity to guide marijuana enforcement directly as Maricopa County’s chief prosecutor. But it appears she’ll be continuing her work on behalf of the cannabis community in a new role at Arizona NORML.

The state chapter of the venerable legalization organization has hired the activist lawyer as Director of Politics & Civic Engagement, a move that follows other leadership changes at NORML since the death in May of Mikel Weisser, who had been executive director.

Gunnigle, a lawyer and former Illinois prosecutor who was born and raised in Arizona, had promised significant reform of marijuana enforcement as a Democratic candidate for the Maricopa County Attorney’s Office, but she lost the race in November to Republican Allister Adel, who still has not taken her post due to a brain injury she suffered on Election Night.

But the November election in Arizona also ushered in a new era of marijuana legalization in the form of Prop 207, which makes possession of under an ounce legal, sets up a system of cannabis retail stores, and calls for the expungement of past pot convictions. One of Gunnigle’s planned goals had she been elected was to have the government research whose convictions qualified under 207, then conduct a mass expungement of all those cases.

“A lot of people believe that, because of 207 passing, the work is done and we’ve effectively reformed marijuana laws,” Gunnigle told Phoenix New Times this week. “Nothing could be further from the truth.”

In her new position, Gunnigle says she plans to make sure the “intent” of 207 is fulfilled by protecting cannabis consumers and patients from the criminal justice system and continuing the push against federal prohibition. Though not a registered lobbyist, Gunnigle said she will run AZ NORML’s legislative and regulatory agendas, but that much of the work will be done “in the town council arena.”

“A lot of my job responsibilities are just straight up carrying out the legacy of Mikel Weisser,” she said. “He was so gifted at bringing people together.”

One of the first things she’d like to see is legislative funding for county attorneys across the state to conduct the sort of mass expungements for minor cannabis crimes that she’d hoped to enact. Under Prop 207, anyone convicted in Arizona for possession of fewer than 2.5 ounces of flower or 12.5 grams of concentrates would be eligible. Gunnigle puts the potential number of people who would qualify as high as 250,000. The process erases the convictions and shields records of them from public view.

AZ NORML and Gunnigle plan to help keep the dispensary industry “fair, open, and competitive,” she said. Prop 207 allows for three dozen more dispensary licenses on top of the roughly 130 in use now. Twenty-six of the licenses are supposed to go to people from communities negatively affected by the War on Drugs, but the Department of Health Services must first write rules that allow the creation of such licenses. Beyond that, Gunnigle said she’ll focus on other areas where social justice meets cannabis laws, such as smoking in public, how juveniles caught with pot are treated, and unfair proposed laws for driving under the influence of marijuana.

The board position isn’t a paying job, and Gunnigle, who’s married with three children, said she’ll continue to work as a private-practice attorney and stay engaged in other issues. Gunnigle ran unsuccessfully for the Arizona Legislature in 2018, but she’s won primary races and drew 928,950 votes in November, about 40,000 short of Adel’s total. She said she won’t rule out a future run for office.

“My work right now is to focus on the unfinished business of expungements and criminal justice reform in the county,” she said.

Ryan Wilson, AZ NORML’s new executive director, previously served under Weisser as the group’s communication director. He’s also the CEO of Green Fields Solutions, “a Cannabis Industry support company focused on finding solutions to the many challenges in the Medical Marijuana Industry,” according to its Facebook site.

Wilson said he met Gunnigle in the run-up to the election and decided they could help each other out.

“It just seemed like a lot of objectives that we were trying to accomplish were aligned in a way where there was mutual benefit,” he said.

Wilson said he doesn’t identify with either the Republican or Democratic parties but wants to have conversations with people in both to achieve the group’s goals. Prop 207 made important changes in the law, but he noted that “it’s not a perfect initiative” and neither is the environment in which cannabis laws will be enforced. He said AZ NORML will keep pushing against products that are “not up to consumable standards,” making sure the industry has no undue restrictions, and ensuring the public has quality information about marijuana and the laws.

You can see Wilson, Gunnigle, and other NORML board members discuss the new appointments and the year in review here. 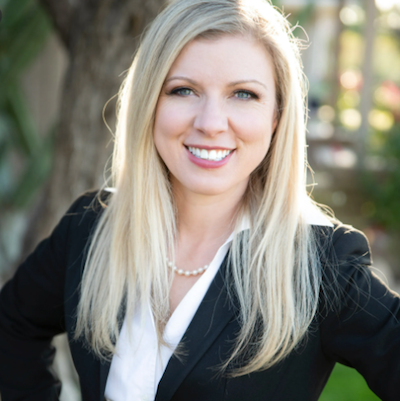