dispensaries.com
GUEST WRITER
Opinions expressed by Green Entrepreneur contributors are their own.

Even as cannabis legalization has spread throughout the country, the unexplored territory has been passing laws that allow people to smoke outside their homes.

As things currently stand in states where marijuana is legal, you can only smoke in your home, whether that’s stated explicitly or not. Using marijuana is not allowed in buildings, public spaces, cars (when you’re driving, obviously, but even when you’re not) or in hotels.

Alaska recently took a step to change that. The state is the first to pass a law allowing so-called “social consumption” of marijuana at specially licensed retail locations. Essentially, it will allow people to both buy and smoke cannabis at “cannabis cafes” associated with dispensaries that get the proper licensing from the state.

But can’t people already consume marijuana at licensed establishments in Denver and California? Yes, to an extent. The Coffee Joint in Colorado became famous as the first “legal and licensed” cannabis consumption lounge, although as they say on their siteit’s “vaporization and edibles only – no open flame.”

Colorado could have become the first state with laws in place governing cannabis cafes and social consumption, but then-Gov. John Hickenlooper vetoed it last year. In California, the cities of West Hollywood, San Francisco and Oakland also allowbusinesses to get a license that allows consumption on site, but Alaska is the first to pass a social consumption law at the state level. It’s a major step toward allowing to consume marijuana in the same way people drink alcohol in bars.

What the law does.

Alaska Lt. Gov. Kevin Meyer, a Republican, signed the bill into law earlier this month allowing businesses that sell marijuana to also provide a space for people to smoke it. The rules require that the dispensary create a use area that is clearly separated from the retail shop by a wall, a secure door or placed outdoors. Also, the only shops that will be licensed to allow onsite use will have to be a freestanding building (that eliminates smoke drifting into other businesses).

Becoming a cannabis cafe will require a second license. Applications are expected to start soon, with the new lounges possibly open by the summer of 2019.

Alaska officials, knowing they are blazing a new trail for state officials, have taken their time creating these rules. Cary Carrigan, executive director of the Alaska Marijuana Industry Association, told the Associated Press that everyone involved is aware this is “not happening anywhere else in the U.S. yet. As we start to develop this, people are really looking at us, so I know that everybody wants to get it right. I don’t want to have to get this pulled back and revisited.”

In a blog item on the decision in Alaska, NORML Executive Director Erik Altieri said he expects more states to follow suit in the “not too distant future.”

To stay up to date on the latest marijuana-related news make sure to like dispensaries.com on Facebook 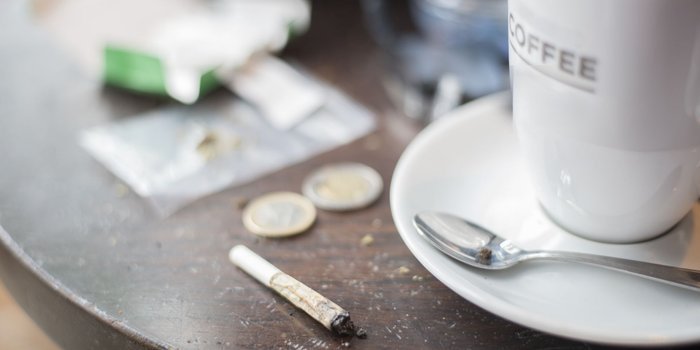