Questions continue to bubble up about potential changes to state cannabis taxes to keep the current structure from hampering business in the future.

Alaska voters legalized recreational marijuana use in 2014, but it took about 18 months for the first cultivators to be licensed and open their doors. When they did, they began paying into the cultivation tax that Alaska assesses on commercially grown marijuana. Generally, any part of bud or flower is taxed at $50 per ounce and the remainder of the plant is taxed at $15 per ounce.

That tax is assessed entirely on weight, rather than scaling with price. According to growers, that’s going to be a problem.

From the beginning of the program through April 30, the state has assessed more than $28.5 million in taxes. That’s just the cultivation taxes, as sales taxes are assessed by local governments. As cultivators have ramped up production to meet sales demands — retail sales reached $130.4 million in 2018, up from about $57.5 million in 2017 — that tax amount has gone up as well.

Cultivators have had to account for it in their businesses and so far have been able to do so, in part because with limited supply, the price has stayed relatively high. That’s not always going to be the case, though, said Jana Weltzin, an attorney representing cannabis businesses through the firm JDW Counsel.

“That price will go down because supply will go up, and the demand will stay the same,” she said.

In a presentation to the Marijuana Control Board, she presented a case for the Legislature to consider changing the way taxes are assessed in the future to prevent the strangulation of businesses. Based on Notice of Violations, some businesses aren’t even keeping up with their taxes now, she said.

The Marijuana Control Board does not have any control over tax policy; the Legislature has to set it by statute. Weltzin said she recognized that but wanted the board to be informed of the problem so they could help educate legislators and advocate for a policy change.

Since the inception of the program, cannabis-related businesses have hired many of their own employees but have also led to work generated in ancillary businesses. Between the taxes and indirect economic impacts, the businesses have stimulated enough activity to create a return of about $3 per dollar spent, much at the local level, she estimated.

But looking forward, the inflexible tax structure may put excessive pressure on cultivators. Because Alaska assesses the tax based on weight, the amount that will be taxed will not change. The sale price will, and Alaska should respond by revising its tax structure to not jeopardize businesses, Weltzin said.

She pointed to states like Nevada, which balances its tax revenue from cannabis between a 15 percent excise tax and a 10 percent sales tax. Colorado splits its revenue evenly, at 15 percent on both an excise and a sales tax, according to the Washington, D.C.-based think tank the Tax Foundation. Alaska, on the other hand, set a dollar amount per ounce rather than on a percentage.

“We are the only solely based weight excise tax,” Weltzin said. “We maybe need to bob and weave and adjust our approach.”

In a hypothetical example, she noted that a rough average of costs per month for a 5,000-square-foot cultivation facility at about $97,300 per month, not including rent and advertising. Based on the average sales price of $2,800 per pound, that leaves about $31,500 in profit to cover items like rent, advertising and local taxes. That doesn’t go a long way, and once the price begins to go down, that would cut into the profit.

“If we get tagged as the industry that doesn’t fulfill its tax obligations, most of the people aren’t going to understand that economically, with an inflexible price floor like we’ve set here with $800 per pound, it’s not possible,” she said. “While we strive to make the state money, the state needs to be our partner. The state needs to move and ebb and flow with the market like we do.”

Board member Loren Jones said that while he understands the situation, consumers ought to be paying the taxes in the retail price because it should be built into cultivators’ business plans.

The Legislature is unlikely to want to see the tax revenue go down, he said. In the case of local governments, businesses have to plan around local retail taxes when planning prices and expenses, he said.

“If (businesses) say they can’t make money if they pay (local governments) the 5 percent, they’re doing it wrong,” he said.

The Alaska Marijuana Industry Association hosted a call-in on the same topic on July 15 night and sent out a call for industry stakeholders to send in comments to the industry organization on the topic before July 22 to work on a proposal to send to the state. 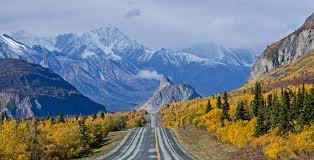