The meeting brought together over 140 experts from the Reitox national focal points, EU Early Warning System network, law enforcement and forensic and customs laboratories. The purpose of the event was to exchange information on the HHC situation at EU and national level and to analyse, assess and discuss available information and how to fill knowledge gaps.

The following topics were covered at the meeting: chemistry, analysis, pharmacology, behavioural effects and the toxicology of HHC and related cannabinoids; and HHC at EU and national level. It also looked at the United States Farm Bill (1) and legalisation of hemp, and the proliferation of semi-synthetic cannabinoids in the US.

According to a small number of laboratory studies, HHC appears to have broadly similar effects to THC, the main psychoactive substance in cannabis. The pharmacological and behavioural effects of HHC in humans have not been studied, although recent anecdotal reports from consumers indicate that its effects might be similar to that of cannabis.

HHC is sold openly as a ‘legal’ replacement to THC and cannabis in a range of highly attractive branded and unbranded products — some of which are sold as ‘legal highs’. These include hemp sprayed or mixed with HHC — which look and smell like ‘genuine’ cannabis — as well as vapes and edibles. Marketing and advertising often make direct comparison to the effects of THC and cannabis.

Potentially, there could be a large demand for HHC products by individuals in Europe. These include existing cannabis users and new consumers attracted to its effects and legal status — including young and other inexperienced people. In some cases, ease of access, such as high street CBD and vape shops, may promote use. Recently, other related semi-synthetic cannabinoids have also started to emerge and to be sold in similar products. These developments may mark the first major new change in the market for ‘legal’ replacements to cannabis since Spice emerged in Europe just over 15 years ago.

At present there is limited information on the availability and use of HHC in Europe. As of 15 December 2022, within a short period of time, HHC has been identified in at least 13 EU Member States. In addition, informal reports from Member States and initial results from internet monitoring of the surface web suggests that HHC’s availability and use in Europe might be much greater than suggested by seizures reported to the EMCDDA.

The EMCDDA and its national focal point partners will continue to monitor closely this rapidly developing market in order to strengthen preparedness and response at national and EU level. 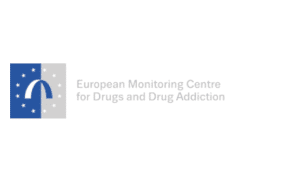