The AMA has issued the following press release

Mississippi voters in November passed a ballot initiative that proposes amending the state constitution to legalize medical cannabis and for the state to govern its distribution. Now the Mississippi Supreme Court will decide whether Initiative 65 was unconstitutional.

The question hinges on voter signatures needed to get the initiative on the ballot.

The AMA and Mississippi State Medical Association (MSMA) filed an amicus brief urging the state’s highest court to declare the initiative unconstitutional. Beyond the caselaw supporting that conclusion, the brief argues that the initiative poses significant risks to public health and puts a burden on Mississippi physicians.

“Making sure the constitutional amendment map is followed is always important, but given the nature of the initiative at issue and the substantial ramifications it poses for Mississippi’s public health and the medical community, particular care is warranted here,” says the amicus brief in the case, Butler v. Watson.

The Litigation Center of the American Medical Association and State Medical Societies is the voice of America’s medical profession in legal proceedings across the country.

Legislature, not courts, must act

In Mississippi, it’s currently impossible to bring constitutional amendments to voters through the ballot box.

The state constitution mandates that no more than one-fifth of the voter signatures required to place a constitutional amendment question on the ballot come from a single congressional district. When that prerequisite was established in 1992, there were five Mississippi congressional seats and districts. However, that number dropped to four after the 2000 census, making the one-fifth requirement impossible to meet.

Lawmakers never changed the one-fifth language despite considering seven proposed legislative changes over the years. Each proposal died in committee.

The AMA and MSMA brief argues that the Mississippi Supreme Court should let Mississippi lawmakers make the necessary change and decline the invitation for the court to fix the one-fifth error through the justices’ interpretation.

Beyond the question of whether including Initiative 65 was unconstitutional, the AMA and MSMA tell the court that the very nature of the initiative is another, more prudential reason why it is important to follow the state’s constitution.

Both physician organizations oppose legalizing cannabis. AMA policy says that “cannabis for medicinal use should not be legalized thorough the state legislative, ballot imitative or referendum process.” And the brief tells the court that is “for good reasons.”

“While it is possible there may be beneficial medicinal uses of marijuana, numerous evidence-based studies demonstrate that significant deleterious effects abound,” the brief tells the court, going on to say that “without question, the public health risks are immense:”

The brief tells the court a “massive amount of future systemic research and controlled-trials” are needed to study the safety and efficacy of cannabis for medicinal purposes.

Physicians would be in “quite the pinch” under Initiative 65, the brief tells the court. Cannabis is still a Schedule I drug under federal law and has no accepted medical use.

“Yet physicians will be expected by their patients (though perhaps not required by Initiative 65) to sign off on certifications to receive their supply. Perhaps no liability will lie under state law, but what about federal law?” the brief says.

Also, there are no standards for whether a medical condition is “of the same kind or class” those “debilitating conditions” mentioned in Initiative 65. That puts physicians at risk of criminal and civil liability—and opens them up to professional discipline—if they misjudge because immunity only exists when they issue a certification to a person with a debilitating medical condition.

“As everyone knows, all it takes to file a lawsuit is a piece of paper and a filing fee, so even if a physician is judged correctly and immunity is appropriate, the matter will still have to be litigated,” the brief says. “And with increased exposure and litigation comes increased costs, not least of which is rising professional liability insurance premiums.” 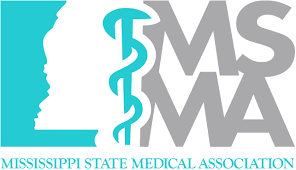