And Another Cannabis Company Management Shakeup

Following the recruitment of a new Director of Corporate Growth and Director of Wholesale last month, Trulieve today announced a number of senior management changes.

After serving in the role of Chief Operating Officer since March, Kevin Darmody has now submitted his resignation effective immediately.

Rather than recruiting a new COO, the duties of that position will be split between the Chief Sales Officer and Chief Production Officer.

The company’s Director of Cultivation Kyle Landrum is taking over the Chief Production Officer job, while Director of Retail Tim Morey has been promoted to the Chief Sales Officer position.

In his customer facing role, Tim has been key to our success in rolling out dispensaries in Florida. His contributions have allowed us to meet expansion goals while maintaining our commitment to a positive patient experience. Under Kyle’s leadership, Trulieve has established the largest cultivation operation in Florida, allowing for our continued dominance of the market.

While a number of advocacy groups backed by major licensed producers are seeking to put full recreational legalization directly on the ballot next year, Trulieve has continued to open new dispensaries for patients in Florida’s medical cannabis program.

Dispensary number 36 from Trulieve opened in the city of Destin to serve Panhandle patients on Oct. 1, while location number 37 opened just a handful of days later in Cape Coral. The company has stated its intention to bump that number of medical dispensaries up to 44 by the end of 2019.

The total number of registered patients utilizing the state’s medical cannabis program is nearing 300,000 and covers all corners of Florida’s population.

Aside from Florida, Trulieve has single locations in California and Connecticut, with multi-state expansion in Massachusetts and two other unnamed states in the works. Full details on those additional locations outside of Florida are expected to be announced in the next month. 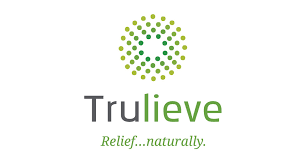