Angermeyer Goes All Oasis “Live Forever” On Us!

Our lad, as Noel would say, has some news on the eternal life front.

Unfortunately, he hasn’t really thought it through and all it means we’ll get weirdoes like Trump, Bezos and Prince Andrew living longer

Here’s his latest missive to Linked In 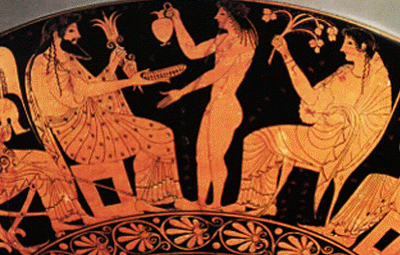 I am very proud to announce a USD 100 million Series C financing round of Cambrian Biopharma, the longevity biotech company I co-founded together with James Peyer.

Immortality and eternal youth have always been humanity’s dream, and, with Cambrian, we are finally taking the first steps.

In the Epic of Gilgamesh, one of the oldest tales of mankind, the hero is searching for the source of immortality due to distress after his friend Enkidu dies, which makes him fear his own death even more.

Amrita is a Sanskrit word which almost literally translates to “immortality” in English. The Devas, or gods, were originally mortal or lost their immortality because of a curse and sought a way to obtain eternal life, which they found in Amrita. In Greece, the immortality of the gods was derived from Ambrosia, the Greek equivalent to Amrita. In Norse mythology, it was from the Golden Apples of the goddess Idun. In Chinese mythology, we find the Peaches of Immortality.

The dream of immortality and eternal youth truly units all people across centuries and cultures.

And now we got one step closer to making this dream come true:

Cambrian’s financing was co-led by Anthos Capital and SALT Fund, with participation from existing investors Apeiron Investment Group, Future Ventures, Moore Capital and others. With this financing, Cambrian has raised approximately $160 million since the company was founded in 2019.

The entire Cambrian team is working relentlessly towards finding cures for age-related diseases, reversing aging itself and, by doing that, extending the HEALTHY human lifespan. Because it is not lifespan alone we want to increase, we want to do so in a healthy and youthful state.

Fortuitously, many research and drug developments programs show that slowing down and, ultimately, reverse aging may indeed be possible. Cambrian already has 14 drug development programs on its platform and is continuously expanding. Because, much as I believe we will be successful in the end, I don’t think that there will be one single silver bullet, but many continuous interventions needed.

But I am 100% convinced that, within the next 20-30 years, we will be able to extend the healthy lifespan long enough to be able to take the decision, voluntarily, as to when we want to die. And this, for me, is the ultimate liberation. To enjoy life and all its wonders for as long as one wishes, and then take the deliberate decision to find out what awaits us in the next.

This financing not just adds capital, but also brainpower to our mission: Paul Farr, Partner at Anthos Capital, and former Allergan CEO and BridgeBio director Brent Saunders are joining Cambrian’s board of directors.

I am very excited for us to take the next important steps on this journey together and to realize our joint longevity ambitions.