Cannabis Company Flora Growth Corp. (“Flora” or the “Company”) has announced the appointment of Juan Manuel Galán Pachon, a former Colombian senator and the author of the Colombian medical cannabis law, to its board of strategic advisors. Flora has also appointed lawyer Aaron Atin as its new corporate secretary.

“As a Colombia-based cannabis company, we are thrilled to have someone of Mr. Galán’s pedigree join our advisory board,” commented Flora’s President & CEO, Luis Merchan. Mr. Merchan continued, “As the author of the law that legalized medical cannabis in Colombia and a true advocate for drug policy reform, we expect he will be an invaluable advisor to help Flora grow its cannabis operations in Colombia and throughout international markets.”

Mr. Galán currently serves as a senior consultant to The World Bank. He is a Colombian politician and former senator of Colombia, serving three terms from 2006 to 2018 as a member of the Colombian Liberal Party. He is the son and political heir of the late political activist, politician, and presidential candidate, Luis Carlos Galán Sarmiento. He is also a former professor at the University of Rosario and holds more than 20 years of journalistic, academic, governmental and parliamentary experience.

During his time as a senator, Mr. Galán was an extremely active politician and promoter of drug policy reform; he proposed overcoming consumption prohibition and criminalization in order to implement a policy focused on public health and human rights. He has been a key leader, with 29 bills and 27 debates on political control, and 17 laws to his name. The most relevant of those laws was authoring the medical cannabis law that resulted in the legalization of medical cannabis in Colombia.

Mr. Galán commented on his new role, “I am excited to support Flora’s emergence in the cannabis industry both within Colombia and internationally. They are a cannabis company headquartered in Canada but rooted in Colombia, with a strong team that will do an excellent job of representing our country’s cannabis industry on the global stage.”

Mr. Aaron Atin is a corporate lawyer who works as a legal consultant to various public companies in the mining and technology industries. He was previously an associate at a large Toronto corporate law firm, where he worked on a variety of corporate, securities and commercial transactions. Mr. Atin studied at the University of Toronto, Faculty of Law, and the University of Waterloo, where he obtained a Juris Doctor and a Bachelor of Arts degree, respectively. 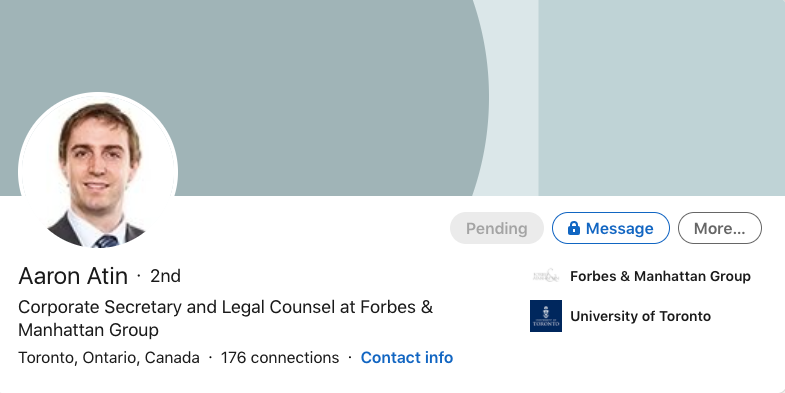 Flora is a vertically integrated cannabis company striving to be a globally recognized cannabis brand by leveraging low-cost production of cannabis to supply CBD oil to our portfolio of consumer and medical brands. Flora prioritizes organic ingredients and value-chain sustainability across its portfolio to create products that help consumers restore and thrive.