The Press of Atlantic City reports

MARGATE — City Commission on Thursday joined the growing list of communities in New Jersey saying “no thanks” to legalized marijuana.

The board voted 3-0 Thursday on two ordinances. One banned all cannabis businesses from setting up shop in town, and the other made it illegal to use cannabis products in public.

“We are the official cannabis labor union, and we are asking you to table this ordinance and not ban good jobs,” said Hugh Giordano, of Blackwood, representing the United Food and Commercial Workers union in Egg Harbor Township, which he said has 15,000 members in South Jersey.

Under the New Jersey Cannabis Regulatory, Enforcement Assistance and Marketplace Modernization Act, towns have until Aug. 21 — 180 days from the adoption of the state law — to create any local enforcement structure. Towns that do not act by then will be governed by the state’s law.
Read more  https://pressofatlanticcity.com/news/local/margate-latest-to-ban-cannabis-businesses-public-use/article_480445e8-d031-11eb-9550-236887ac013e.html 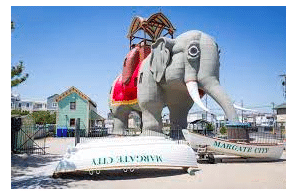