The wave of adult use cannabis legalization looks to be building this week, with New Mexico Governor Michelle Lujan Grisham calling a March 30, 2021 special session of the New Mexico Legislature to pass reform. According to the article in PoliticoPro (subscription required), New Mexico’s adult use bill failed to receive a floor vote during the regular session earlier this year, but there was general agreement on key terms. Legislators have since tied up loose ends and are expected to pass the bill for Governor Lujan Grisham’s signature. According to her office, “[t]he governor intends to see through final passage of this potentially significant economic driver, which is estimated to create over 11,000 jobs.”

While reform at the federal level continues to stagnate, dominos are rapidly falling at the state level. As we wrote about here, New Jersey recently legalized adult use cannabis through legislation. New York and Virginia also appear on the verge of legalization. Other states are proceeding along the same route. This is great news in its own right, but it could also make federal reform easier. If a critical mass of states have established adult use cannabis programs, perhaps all the federal government needs to do is stay out of the way. The Strengthening the Tenth Amendment Through Entrusting States Act (STATES Act), which we wrote about here, would simply have the federal government step back and remove the current conflict between state and federal law. We have long thought that the STATES Act is the most likely basis for a political compromise, and state level legalizations, in our opinion, increase the viability of the STATES Act going forward. That subject is for another article, however; for now we will celebrate the continued momentum of adult use cannabis legalization from coast to coast.

Please stay tuned to our blog for updates on material cannabis-related developments. 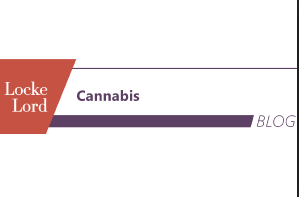