Do we sense a pattern? In the US state by state cannabis is being regulated whilst DC dithers. In Europe we see a similar patter emerging with the smaller jurisdictions taking a more proactive view of regulated cannabis. Isle of Man, Malta, Luxembourg & Jersey are some examples. And now politicians in big cities are actively looking at ways to decriminalize cannabis. Yesterday we reported on Siobhan Benita, the Lib Dem candidate for next year’s mayoral election in London. Today Grizzle report on developments in Copenhagen, the capital of Denmark.

Copenhagen city council aims to launch a trial scheme that would see cannabis sold legally across the Danish capital.

Marijuana is illegal for recreational use in the Scandinavian nation, although it has been unofficially tolerated in the Copenhagen neighbourhood of Freetown Christiania for many years. The city council wants to see it legalized in order to tackle the thriving criminal market and make it safer for youngsters.

Denmark has a new government after left-wing parties won an overall majority in this summer’s general election. Social Democrats leader Mette Frederiksen was installed as Prime Minister on June 27, with parliamentary support from the Social Liberals, Socialist People’s Party, Red-Green Alliance, the Faroese Social Democratic Party, and the Inuit Ataqatigiit and Siumut.

Socialist People’s Party councillor Klaus Mygind, a member of the Copenhagen municipality’s children and youth committee, said that the arrival of a new government offers the city a good opportunity to reiterate its calls for cannabis legalization.

“Now we have had 50 years of prohibition, and it has not helped anything, so I think that the time must be for us to do something new,” said Gyda Heding, another member of the city council.

In total, 44 of the 55 representatives on the city council support a proposal to establish a handful of legal cannabis dispensaries across Copenhagen. There would be five or six of these outlets, staffed by advisors with specialist training.

However, the Danish government reiterated that is opposes recreational cannabis legalization. Minister for Health Magnus Heunicke said it has various detrimental side effects and it does not endorse the proposed scheme, but the City Council still plans to put it to the central government and argue its case.

Medical cannabis use has been legal in Denmark since January 2018. Leading Canadian producer Aurora Cannabis (TSX: ACB) has an operation in Denmark, as does Aphria Inc. (TSX: APHA).

Producers in Denmark are permitted to export bulk shipments around the world, allowing it to become a major supplier of medicinal cannabis to neighbouring Germany, the largest market in Europe. Yet criminal gangs continue to control the supply of recreational marijuana to Danes. 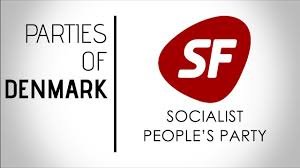