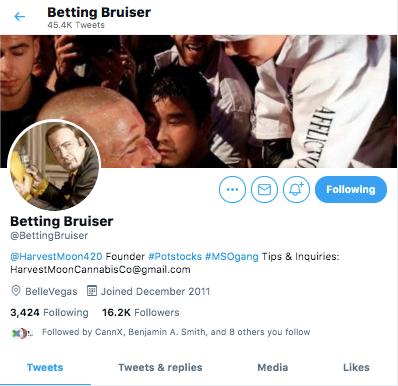 In which Anson Funds allege that Mr Doxtator initiated

“an extortion scheme that targeted the billion dollar Canadian investment fund and its co-founder Moez Kassam of Toronto-based Anson Funds.”

Doxator then counterclaimed saying a number of things, see below (see full claim in the story linked above) 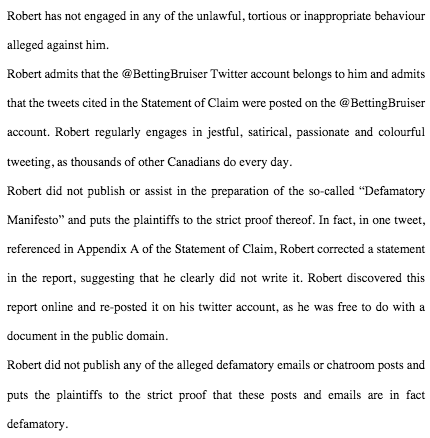 Anson and Kassam deny all of the allegations contained in Robert’s Statement of  Defence and Counterclaim, except as otherwise expressly admitted below or in the Statement of Claim.

Moreover, contrary to the allegation at paragraph 3 of Robert’s Statement of Defence and Counterclaim, the Plaintiffs’ claim is not frivolous, vexatious or an abuse of process. It is not intended to, and will not, discourage or prevent participation in debates on matters of public interest. Rather, the claim seeks to hold accountable Robert, together with the other Defendants, for their sophisticated and systematic conspiracy to damage the business and reputations of the Plaintiffs. Robert purports to use the language of “jest” and “satire” to clothe abusive, harassing, homophobic, misogynistic and even overtly racist statements as “expression in the public interest”. It is nothing of the sort. The Plaintiffs have been forced to defend their business and reputations and are entitled to a remedy.

We have published the full document below but essentially it transpires that Doxtator provided advice to Anson, Anson recorded the nature of that advice and in real time informed Doxtator what the pecuniary results of the advice were and have always stated and still state they are happy to pay him for that advice.

Doxtator though is convinced otherwise and believes he is owed millions of dollars.

Robert: …No way you didn’t make over million on GE mad [sic] I wanna move on to the next thing…

Robert You should [have] put millions on it

Kassam: I showed it all in real time to avoid these discussions now…

Kassam: Anyways u want to end things that’s fine. I’d like to send you a cheque either way. It’s ur fee, take it

Kassam: I’ll send u the excel and u can fill out ur invoice

Robert: No Moez you send me 6 figure cheque what I deserve Robert: Or I’m out

Robert: You made millions…

Robert: You fucked me and now I’m moving on [emphasis added].

Anson then say in the court documents

Robert sent Kassam threatening messages that he was working on a report “called the biggest predatory fund in Potstocks”, that he was “going to talk to my lawyer also cause I’m sick [of] people like trying [to] fuck me over” and that Kassam had “fucked over wrong person for last time” [sic].

A few days later, Robert took to his “Betting Bruiser” Twitter pulpit to unleash a stream of false and defamatory Unlawful Statements about the Plaintiffs and was subsequently part of the Conspiracy regarding the Defamatory Manifesto.

Read the full document below 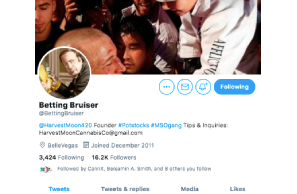