New Zealand could have been doing this themselves now they are reduced to importing Aussie product.

Earlier this year a Byron Bay-based company achieved a milestone with the first Aussie-grown medicinal cannabis exports to Europe, but soon Australian Natural Therapeutics Group (ANTG) hopes to say the same for the New Zealand market.

Within weeks of announcing a deal with Canada’s Asterion Cannabis to build a $400 million medicinal cannabis growing facility near Toowoomba in Queensland, ANTG continues to blaze its dealmaker path through a partnership with New Zealand’s largest medicinal cannabis distributor, NUBU Pharmaceuticals.

In an Australian-first, the agreement will see locally cultivated and dried medicinal cannabis flower shipped to New Zealand in the second half of the year, with oils to follow.

“We are pleased to announce a strategic investment in NUBU Pharmaceuticals,” Cantelo said.

“This landmark deal means ANTG will be the first Australian flower imported into New Zealand, and potentially, the first company to legally sell flower in New Zealand, ever. 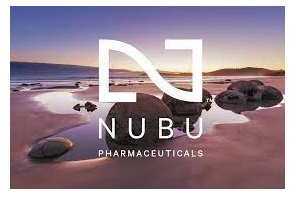