The Antigua Observer reports………….The Government of Antigua and Barbuda is presently in the research and development stage, in preparation for a potential influx of investment in the cannabis cultivation and production industry.

After confirming that there are “several” opportunities for investment that are being considered, Nicholas explained the strategies that the Government is currently employing, in order to be ready for the development of the local cannabis industry.

“I believe the council that we have in place as well, to approve the licenses, are concerned. I’ve certainly invited my Ministry to look at the technology to be able to manage the environment where we are going to be doing this type of production.”

“I think that there is a pending familiarisation trip that is going to be taking place fairly shortly, looking at similar farms that have existed in places like Colorado, to be able to look at the technologies that they have applied and to enable and equip our own agency, to be able to put those things in place,” he said.

Any immediate investment will then likely be put on hold, as he said, “I think that there are a few minor steps that have to be taken before any licenses can be approved.”

Nicholas also spoke about the relationship that the Government will have with investors, in ensuring that any partnership will be mutually and equally beneficial to both parties. The concept of monopoly industries, he says, is a thing of the past.

“I think persons who have come forward would expect that the government would grant exclusivity…I think we, generally, are moving away from providing exclusive licenses to any particular one entity.

“Certainly, I think in the infancy stage of any operation, what we have used to support and enable persons, is to give them generous concessions. In the early part of their lives, taking the burden of taxation off of them (certainly, over a five to seven-year period), to ensure that they can scale up their operations,” he explained.

“But the whole question of exclusivity, the government is shying away more and more from that type of environment”, he added.

The global cannabis market is another factor of the discussion that will be somewhat ‘restricting’ for potential investors. While the industry is booming in countries like the USA and Canada, the local Antiguan and Barbudan market will have to suffice – for now, at least.

“I think the whole idea of the finished product, the oils and the other medicinal extract – [there] may be a market for it ultimately. Even where there is a laxing of the type of restrictions, in terms of the use and growing cannabis for certain circumstances, they are totally domestic – I don’t think that the international market is yet open. The legislative framework is not there yet, for there to be international trade in these products.

“As much as we will be having a lot of this interest, I don’t think the international protocol exists for these products to be exported into another market,” Nicholas said.

Meanwhile, Jamaica made its first legal export of medical marijuana-extracted oil in September of last year – the product cultivated and extracted at a local facility.

In that case, the shipment was authorised through an import permit – issued by the government of Canada (through Health Canada) for Jamaica – and export permit, issued by the Ministry of Health in Jamaica. 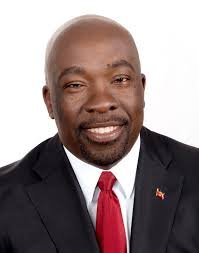