Last week was the first time that a Greek store selling marijuana paraphernalia, CBD Oil Shop, was blessed by a Greek Orthodox priest.

Archbishop Ireneos of Crete, blessed CBC Oil on 26 September, according to local custom where new businesses or shops are ‘blessed’ by priests for good luck.

Cannabis, originally from India, was introduced to Ancient Greeks around 300BCE. It was used for recreation, cloth, rope, boat sails, as well as in their pharmacopoeia for treatment of inflammation, pain, and injuries. Greece was one of the world’s major producers of hemp fibres and rope.

Marijuana was banned in 1890 by the Greek government which associated hashish with the Ottoman East from which Greece’s new ruling classes sought to culturally distance themselves at a time when they sought to become more western. Regardless, Greeks continued to smoke hashish and people used it for rope, fibre, and as a mild relaxant and mild analgesic.

After the 1912, and 1913 Balkan Wars, returning Greek soldiers smoked hashish, a habit picked up in Ottoman Gallipoli and eastern Thrace.

During the Great Catastrophe when over 1.5m Asian Minor Greeks were pushed out of Asia Minor, (Turkey), by the Ottomans, Greek refugees brought with them a new music, rebetika, and a culture of smoking hashish. The Rebetes (Turkish meaning ‘rebel”) hung out in ‘tekkes’ or rooms attached to coffee houses to smoke hashish.

Greek governments harangued rebetes and sought to give them, and their habits, a bad name. 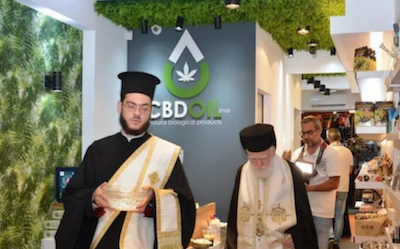