Minister Matías Kulfas is an economist graduated from the University of Buenos Aires and holds a Master’s degree in Political Economy from FLACSO. For example, in the public function he served as Undersecretary of Small and Medium Enterprises and Regional Development, Director of the Banco de la Nación Argentina and General Manager of the Central Bank of the Argentine Republic.

On June 2, the portfolio under his direction sent to Congress a bill for the creation of a new regulatory framework that regulates the production chain, industrialization and commercialization of the cannabis plant, its seeds and its derivative products. for industrial and / or medicinal use.

The purpose of the bill sent to Congress is to “establish the regulatory framework of the national production and marketing chain and / or for export purposes of the cannabis plant, its seeds and its derivative products affected by medicinal use, including research scientific, and industrial use; thus promoting the national development of the sectorial productive chain ”.

Although it does not legalize self-cultivation, the project provides an insertion framework for Cooperatives and Civil Associations that are part of the cannabis movement in Argentina and represents a historical advance in the birth of a national industry and in the legitimation of the plant before public opinion. , opening the way to the establishment of productive investments in the regional economies of the interior of the country.

In addition, the project will promote the creation of the “Regulatory Agency for the Hemp and Medicinal Cannabis Industry (ARICCAME)” which will be in charge of “the regulation and supervision of the productive activity of the cannabis industry, its commercialization and distribution. , for medicinal and industrial use in the national territory, in everything related to the registration, control and traceability of seeds, critical inputs and products derived from cannabis, within the framework of a duly authorized industrial process (…) ”.

As the Minister announced to El Planteo, the Agency will be in the orbit of the Ministry of Productive Development and will have participation of different dependencies in its directory (Health, Science and Technology, Agriculture and Security) “in order to coordinate and streamline all actions to for this industry to develop ”. 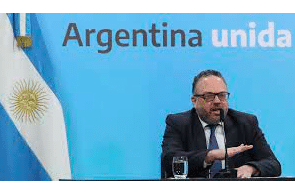