Applications will be accepted for 10 consecutive business days. Thereafter, the Department’s review and allocation time frames will comply with R9-17-107.

Please note starting April 18th, 2014, New fingerprinting procedures and forms will be Required. This will include the Dispensary Member/Agent Attestation Form, Fingerprint Verification Form and specific procedures found in the Fingerprint Instructions.

The 31 additional licenses will bring the total number of dispensaries to 130. Arizona currently has 99 licensed dispensaries. Of those currently licensed, 93 are open and serving patients.

The allocation process will be a hybrid of a lottery and merit-based system. But the department will begin by awarding licenses on a geographic basis. At the top of the list: counties currently without a dispensary.

After that, the department will allocate licenses according to patient density in specific regions called Community Health Analysis Areas. Those areas with most MMJ patients will receive more dispensaries.

Applicants seeking a dispensary license must secure a location for their storefront before turning in their application. That provision makes this licensing round a bit of a gamble for entrepreneurs looking for a license. 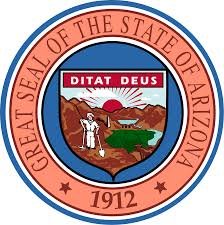