Even though recreational use for marijuana is now legal, Arizona’s Family is learning it’s still hands-off pot for officers. The state’s two largest law enforcement agencies confirmed they won’t let them use it. Reports AZ Family.com…

The Department of Public Safety and the Maricopa County Sheriff’s Office are not allowing their troopers and deputies to use the plant, even on their days off. The agencies are going by federal law, not state law.

“This is America. We pride ourselves on freedom and individuality,” said Jonathan Udell, communications director for Arizona NORML, a pro-marijuana group who helped with the passage of Prop 207.

“In my view, so long as someone is participating in a lawful activity, causing no harm to anyone else,” said Udell, “or afflicting their abilities, there’s no reason to restrict someone from doing something like that.” Udell said marijuana use on an officer’s own time doesn’t affect their duties.

“The intoxicating effects of marijuana wear off after a number of hours,” said Udell. “There’s no science showing that you would be intoxicated or impaired the following day.”

“Any police officer who has the pipe dream of smoking marijuana legally now that Prop. 207 is passed is in for a real buzzkill when they look at federal law,” said Lamm.

Lamm said rolling up will stop short at the ATF.

In addition, the board that certifies Arizona police officers, the Arizona Peace Officer Standards and Training Board, still rules marijuana as a violation. In October, AZPOST made drastic changes to their process. An aspiring officer cannot consume marijuana two years prior to application. However, there is a six-month waiting period instead of three years, that change takes effect in April. 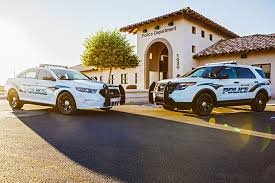