On January 22, 2021, Arizona became the 15th state to permit sales of recreational cannabis. The start of sales should make cannabis reform advocates around the country smile for several reasons.

First, although Arizona is joining a growing list of recreational cannabis states, it is one of the more politically centrist states to take that step. Joe Biden was the first Democratic presidential candidate to win Arizona in decades, and he did so by the slimmest of margins. The state government has long been controlled by Republicans. Yet voters approved recreational cannabis with 60% of the vote. That vote and the start of legal sales continue to hammer home the point that cannabis reform is one of the few political issues that can generate bipartisan support.

Reform advocates can also take heart at the speed of Arizona’s rollout. Election day was only two and a half months ago and sales have already begun. In that time, Arizona approved 86 recreational licenses (mostly to existing medical cannabis dispensaries) in a majority of its 15 counties (Maricopa, Cochise, Coconino, Gila, Pima, Pinal, Yavapai, and Yuma), including its major population centers. From all appearances, the rollout was successful. This stands in sharp contrast to other states that have seen legalization measures pass only to see rocky or seriously delayed rollouts.

There are certainly pitfalls ahead for Arizona, including the process of licensing new entrants into the recreational market and ensuring social equity and diversity. That step has caused significant delays in our home state of Illinois, for example. But the people of Arizona spoke in November, and it is nice to see state government kick into gear so quickly.

Please check in on our blog for further updates on developments in the cannabis industry. 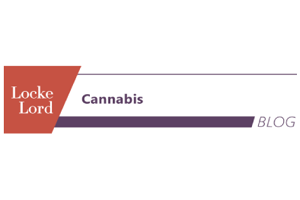