The state of Arkansas surpassed the $1 million mark this week in taxes brought in by medical marijuana.

More than $10 million in medical marijuana has been sold in Arkansas as of Sept. 19.

About 1,400 pounds have been sold as of Sept. 19, putting more than $1 million in tax revenue for the state.

According to the Arkansas Department of Finance and Administration, the state sales tax rate of 6.5% applies to every purchase of medical marijuana along with a 4% privilege tax making the overall state rate 10.5%, a DFA spokesperson explained.

The portion generated from the 4% privilege tax is directed to the establishment of the National Cancer Institute at the University of Arkansas for Medical Sciences, while the general revenue from the 6.5% state sales tax will be distributed to several state agencies for a variety of purposes.

The Arkansas Department of Health has issued more than 23,000 patient cards as of Friday. 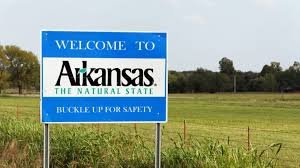