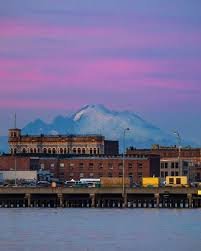 Advocates for the decriminalization of psychedelic substances are calling for the Jefferson County prosecuting attorney to drop charges against a Kent resident arrested in November for alleged possession of “magic mushrooms.”

Andrew James Barton (who goes by the name Annie and uses the pronouns they/them) was arrested just before 2 a.m. Friday, Nov. 6 after Port Townsend Police Officer Nathan Holmes noticed Barton’s car parked on the side of the road near the Larry Scott Trail, an area he said was unusual for vehicles to stop.

Barton was waiting for a friend who was getting off work from a nearby marijuana dispensary who needed a ride home, according to Holmes’ report on the arrest.

But when Barton offered to show an identification card, a plastic baggie fell out of Barton’s purse. Holmes recognized what appeared to be dried psilocybin mushrooms.

On Barton’s keychain, police allegedly found two pill containers that contained 27 oxycodone pills plus another pill that could not be immediately identified.

Barton, 21, was arrested and booked into Jefferson County Jail on two charges of possession of a controlled substance.

Conviction on either felony charge carries a maximum five-year prison term and $10,000 fine.

The arrest has since prompted much public interest.

In the past two weeks, the Port Townsend City Council and the Jefferson County Board of Commissioners have received multiple letters from residents, healthcare practitioners and others, asking that the charge be dropped and calling for officials to decriminalize possession of “entheogenic plants.” At Monday’s commissioners meeting, the entire public comment period was consumed by calls for decriminalizing entheogenic plants.

Barton’s arrest and subsequent possession charges have re-ignited calls by the Port Townsend Psychedelic Society to decriminalize the possession and use of natural psychedelic plants and fungi, as well as for the Jefferson County prosecuting attorney to drop Barton’s charge for possession of psilocybin mushrooms.

One of the signatories of the letters sent to commissioners and councilmembers was Michael Flowers, a retired psychotherapist and teacher who said he has seen the therapeutic effects of psychedelic substances firsthand.

“I am generally in support of the practice in Jefferson County of not charging people with possession for small amounts of plant psychedelic substances,” Flowers said in an interview last week. “I think there’s enough research available now that suggests that the wise use of these substances can be beneficial in any number of ways.”

Flowers pointed to multiple studies conducted by Johns Hopkins University and the University of California, Los Angeles which purport a host of medicinally substantive outcomes associated with the use of certain psychedelics.

“The argument that they can be misused could equally be used against alcohol as far as I’m concerned.”

Flowers said he did not support dropping any charges against Barton that involved oxycodone pills.

“The opioid issue, to me, is a separate one and if there is a charge involving the illegal possession of opioids and especially the sale or distribution of them, then I am not in support of this,” Flowers said.

Kennedy declined to speak directly about the case against Barton, but did say generally that in his approach to prosecuting, he seeks to offer help to those who come into contact with the criminal justice system.

“The fact is that some people have serious mental health and drug problems,” Kennedy said.

“They are the overwhelming majority of the people that we work with. The reason why I might charge crimes, as opposed to just not charging them, is because something brought an individual into contact with the criminal justice system. I want to use that as an opportunity to find out what, if any, issues this individual has and to try and remedy these issues so that they don’t come back into contact with the criminal justice system.” Kennedy explained.

“I want to use what we can do here to help people. That’s really it, that is my guiding philosophy,” he said.

Kennedy acknowledged that in some cases it truly is just happenstance when a person enters into the criminal justice system. Using DUI as a hypothetical example, the prosecutor said occasionally an otherwise novice drinker will be arrested for DUI, despite not having any underlying substance abuse issues. In these instances, an evaluation from a chemical dependency treatment provider can serve to influence how the prosecutor might treat the case going forward.

Erin Reading, co-founder of the Port Townsend Psychedelic Society, called the notion of prosecuting people for possession of psilocybin as a restorative function, “absurd.”

“I don’t think anyone that is participating with psychedelic substances, especially natural ones, are in need of treatment,” Reading said. “That could actually be a form of self-treatment.”

Despite the claims of psilocybin being a low-priority for cops, Reading said being a low priority simply wasn’t enough.

“We feel like that case should never have even happened,” she said of the charges leveled against Barton. “I definitely think that her charges for possession of psilocybin should be dropped and we’re very supportive of that happening.”

The Port Townsend Psychedelic Society and its advocates are calling upon city officials in Port Townsend to follow others cities, such as Ann Arbor, Michigan and Oakland, California, that have recently decriminalized naturally-occurring psychedelics such as ayahuasca, peyote, and psilocybin mushrooms.

“Oakland did it, Ann Arbor did it, why can’t Port Townsend do it?” Reading asked. “We’re a small town, things are much simpler to do here and I feel like there’s a lot of support in this town and a lot of people who are experienced with these medicines who can hold a really safe space for people here and provide a lot of education.”

To critics of the legalization of entheogenic plants, Reading suggested they do some homework before immediately dismissing the substances as wholly useless or detrimental to the health of users.

“I would tell them to go to our website and read through it and educate themselves,” Reading said.

“Our culture is the only western culture that hasn’t used these plants responsibly and as an integral part of their culture, so to say that they have no medicinal, spiritual, or relevant use is very colonialist and very degrading to people and cultures who have used these plants since way before we came on the scene,” she said.

Members of the Port Townsend Psychedelic Society asked local officials in 2019 to decriminalize possession of “entheogenic plants,” among them psychedelic mushrooms. According to the letters, the group was told that the substances had been de-facto decriminalized since law enforcement considered the mushrooms to be a low priority.

County Commissioner Greg Brotherton recalled the 2019 push during this week’s meeting of the board commissioners.

Brotherton said he agreed with the comments made by those seeking decriminalization,   but added that the county prosecutor and sheriff don’t fall under the control of the county commissioners, as each are independently elected officials.

Brotherton offered to help create a community conversation on the issue.

Board Chair Kate Dean noted the county lacks the authority to change laws on controlled substances, but encouraged Brotherton to take on the issue.

“I don’t feel like we have a lot of leverage here,” Dean said.

“I don’t think it’s psilocybin,” Barton said at first, but moments later acknowledged that they probably were.

After placing Barton in the back seat of his patrol vehicle, Holmes expressed his own surprise that psilocybin mushrooms were categorized as a Schedule I substance under the federal Controlled Substances Act. Also classified as Schedule I substances: heroin, ecstasy and quaaludes.

“Did you realize that shrooms are schedule one?” Holmes said to another officer. “High potential for abuse.”

Barton has since been released from the Jefferson County Jail.

A jury trial on the two charges has been set for Feb. 1. 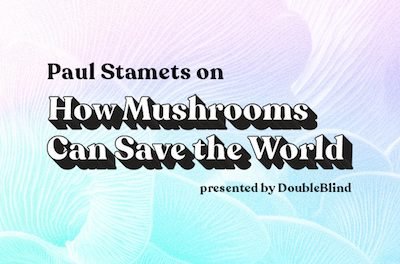 Webinar: How Mushrooms Can Save The World 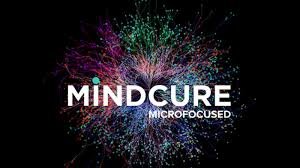