Article: A New Supreme Court RFRA Ruling May Be a Boon to Psychedelic Religions

The conservative shift in the Supreme Court continues to have profound effects upon religious jurisprudence. For psychedelic religions in particular, the Supreme Court’s current body may prove more receptive than popular punditry may suggest.  In December 2020, the Supreme Court issued a unanimous ruling in Tanzin v. Tanvir, 592 U.S. ___ (2020[CC1] )—8-0, Justice Amy Coney Barrett joined the Court too late to hear this case and did not participate—holding the Religious Freedom Restoration Act (RFRA) allows litigants to seek money damages when they are victims of religious persecution at the hands of government officials.

anzin involves three Muslim Americans suing the FBI for financial damages, following an incident where the FBI wanted the men to serve as confidential informants. The men refused, citing their Muslim faith. The men claim the FBI then retributively placed them on the national no-fly list. The FBI, relying upon Qualified Immunity, also later removed the men from the no-fly list, claiming their case was now moot. The Supreme Court, however, said “not so fast.”

Prior to Tanzin, there was a general belief that the Qualified Immunity doctrine shielded government officials from having to pay money to people they harm. Although the government and its agents can be sued, decades ago the Supreme Court confirmed that the Qualified Immunity Doctrine provides “government officials performing discretionary functions generally are shielded from liability for civil damages insofar as their conduct does not violate clearly established statutory or constitutional rights of which a reasonable person would have known” (Harlow v. Fitzgerald, 457 U.S. 800 [1982]). In other words, it was conventional belief that parties alleging religious persecution could not pursue money damages as part of their legal claims. However, it turns out such is not true of claims brought under RFRA, and Tanzin clarifies that plaintiffs have been permitted all along to pursue money damage claims under RFRA.

Read his full article at 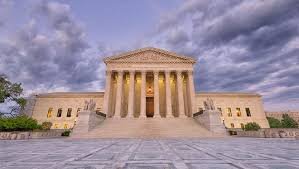