CBD Testers has the story

The second of the US drug loopholes has to do with mushrooms. Magic mushrooms are psychedelic fungi that can grow in the wild or be cultivated. Mushrooms that fit into this grouping contain psychoactive compounds like psilocybin and psilocin. These compounds are serotonergic hallucinogenic compounds, meaning they effect serotonin receptors in the brain, and are known for altering perception, mood, reality, and time for the user, while promoting feelings of euphoria, overall well-being, spirituality, and connectedness between people.

This loophole exists globally because of two opposing factors. The first is the inclusion of psilocybin, psilocin, and derivatives found in magic mushroom plants, in the Schedule I of the UN’s Convention on Psychotropic substances, an international treaty that denotes the legality of certain psychoactive drugs worldwide.

However, the plants themselves are not under any scheduling treaty globally. This means, that though there are laws outlawing what’s in the plants, there is no law against the plants themselves. This was emphasized in 2001, when the independent organization monitoring the implementation of UN drug treaties, the International Narcotics Control Board, made a statement to the Dutch ministry of health, in answer to a question about mushroom legality. It states:

“As a matter of international law, no plants (natural material) containing psilocine and psilocybin are at present controlled under the Convention on Psychotropic Substances of 1971. Consequently, preparations made of these plants are not under international control and, therefore, not subject of the articles of the 1971 Convention.”

As can be seen in the answer, it is not simply the mushrooms themselves that are not under any global UN control, but nor are the preparations made from them, which would put this in direct contrast to the illegality of the active components. However, this is an international treaty, and not US law. When it comes to US law, the Controlled Substances Act from 1970, and the Psychotropic Substances Act of 1978 outlaw: “any material, compound, mixture, or preparation, substances which contains any quantity of the following hallucinogenic substances, or which contains any of their salts, isomers, and salts of isomers whenever the existence of such salts, isomers, and salts of isomers is possible within the specific chemical designation”, with both psilocybin and psilocyn mentioned.

Depending on whether the terms ‘material’ and ‘substance’ account for plants, this definition does seem to illegalize magic mushrooms…albeit, with room for debate since the mushrooms themselves are still not mentioned.

Notwithstanding states that have legalized (Oregon), or locations that have decriminalized (Denver) mushrooms, does this make magic mushrooms entirely federally illegal? No, it doesn’t. Though the US goes further than some countries which leave a wider loophole, the US does allow for certain things. And the biggest one, is the sale of magic mushroom spores. In fact most – but not all – states allow spores to be sold so long as the intention is not to ingest them. This, of course, is as silly as outlawing all cannabis, and then allowing hemp to be grown. 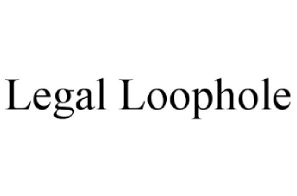