There’s very little information about insurance, legal issues and the regulated cannabis and hemp markets so we’re pleased to see this piece in the Insurance journal.

“The CLAIM Act introduced on July 22 by US Sen. Bob Menendez, D-NJ, promises to do for insurance what the SAFE Act would do for banking. The bill was introduced a week later in the House by U.S. Rep. Nydia Velázquez, D-N.Y., and Rep. Steve Stivers, R-Ohio.”

Boden, who witnessed insureds in the cannabis business lose well over $1 million in crops due to wildfires in California over the last few years, said that despite the legality of cannabis in more and more states, it’s often difficult these companies to find insurance because much of the limited amount of insurers that are willing to offer products because cannabis considered illegal by the federal government.

He estimates that cannabis businesses in California are paying a ballpark average of 10 to 15 percent higher on rates for some policies due to the lack of options.

“It would give more options, which ultimately really helps drive down premium costs,” he said of the act. “This could also allow more carriers to come into the market.” 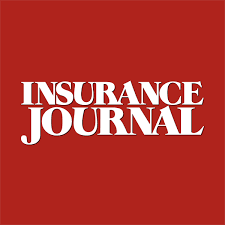