Article: How the Psychedelic Revolution Might Just Save The Planet

Here’s the introduction to a great piece published by Third Wave this week.

We have to be careful not to pigeonhole psychedelics as something specific, like an antidepressant. That’s the wrong framing. They are broader tools for connecting us to the wholeness of the natural world. When our global society embraces their value, psychedelics can help save us from disaster.”

How did a former corporate executive with no prior psychedelic experience conclude that a psychedelic revolution is foundational to climate change? Simple, he did his homework.

In his book, A Climate Policy Revolution, Kupers argues that the planet is nearly past the point of salvation, and nothing short of rapid systemic change can steer this ship around. For monumental change to occur, people have to care first. They have to feel in sync with the natural world; and that anything short of its infinite survival is unacceptable. To feel that connection, Kupers argues people may just need a dose of psychedelic therapy.

Before changing paths, Roland Kupers spent 23 years in the corporate sector, where he ultimately served as Shell’s head of sustainable development. Throughout his tenure at Shell, Roland spent countless hours tackling complex issues such as preserving whale populations in Siberia. But life was too short to stay confined to the business world.

So ten years ago, Kupers walked away from Shell to write, teach and advise on how to think about complex systems and implement practical solutions to unimaginable challenges. Among his latest lofty tasks: solving climate change.

A system is a set of things that work together and rely on each other to make up the whole.

According to Kupers, society is much like a complex ecological system whose parts rely on each other for the survival of the whole.

“If you take out a certain animal or plant species, that will damage the balance of the whole ecological system because these species interact and are interdependent. And that interdependency is more important than one particular species’ survival. So our ecosystem is not just the people, or the birds, or the trees that inhabit it. It’s a holistic living structure that we collectively create.” 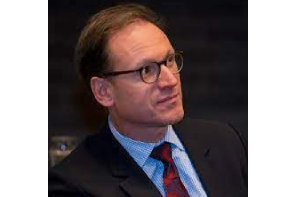