Article: New York’s marijuana tax might not be the nation’s highest. But it may be the most complex

New Yorkers can generally count on almost every type of state tax to be among the highest in the country. And many things the state does are often pretty complicated.

Take New York’s scheme for taxing recreational marijuana, which became legal month but probably won’t become available for legal sale until some time next year. The state’s proposed marijuana tax is above the average for the 15 or so states that have legalized it so far, many experts say, but it’s not the highest. (Washington state currently takes that honor.)

New York, like many states that have legalized marijuana, will combine retail (excise/sales) taxes with some sort of wholesale (production/distribution) tax. The retail marijuana tax will be 13% (that’s down from the 20% initially proposed by Gov. Andrew Cuomo).

But what really sets New York apart is a plan to tie the wholesale tax to the amount of the psychoactive compound THC in the product. Other states have based the wholesale tax on factors like weight or volume.

New York will be the first to tax THC levels in this way, making it hard to say exactly where it will rank in overall marijuana taxes when sales begin. It is likely to end up with higher overall tax than neighboring states.

And critics say that’s not the only problem.

“It’s just an unbelievably complicated way of doing it,” said Kaelan Castetter, of the Castetter Cannabis Group and partner in Empire Standard, a Binghamton area hemp/CBD processor. “I mean it’s great that we finally have marijuana legalization, but this THC-based tax is something that could create a lot of problems.”

Castetter is the co-author of a report called “THC Tax? The Unintended Consequences of a Novel Tax Structure.” It argues there are too many questions, such as who pays the THC tax, when it is assessed, how the level of THC is measured in the first place and more. 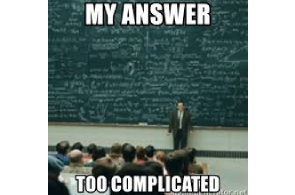