Great article in the Tokyo Reporter about the absurdity of Japan’s cannabis laws .

When one reads the article it is remarkable how close thinking is amongst Japanese and Australian politicians on the issue.

OSAKA (TR) – Over the past decade, some countries around the world have loosened regulations regarding the possession and use of marijuana.

Japan is not one of them — violators of the Marijuana Control Law can face prison time for possession of even small amounts.

However, one dissenting voice belongs to lawyer Michiko Kameishi, who practices in Osaka City. She says that a “gap” in understanding between Japan and the world has lead to a form of prejudice in how marijuana is regulated.

“Others may disagree or become disappointed with my tweets about marijuana, but I’ve always thought that Japan’s Cannabis Control Law is absurd,” she tweeted last March. “I hate unreasonable regulations that have no scientific basis, but maybe that’s just me.”

Kameishi, 46, became interested in the regulation of marijuana about three years ago, after an acquaintance, who is a psychiatrist, went to the United States to investigate the current state of legalization and published the results online.

“I found out that there are hip dispensaries that sell marijuana in various places throughout Los Angeles,” Kameishi tells 47 News in an interview, “and that marijuana can be around at exclusive parties. So I became interested in this new trend.”

Kameishi then learned that marijuana legalization overseas for medical and amusement purposes was largely achieved by the publication of data revealing that it is far less harmful than previously thought. “I gradually became aware of the gap [between the world] and Japan,” she says.

“Stigmatized as a vicious criminal”

Kameishi is also critical in the media’s role in perpetuating the gap in understanding. Regarding the arrest of a celebrity for the possession of marijuana, she says, “The media will report it without any sort of critical eye.”

The result is society not receiving any real insight into the matter, she says. “It has been a long-standing situation whereby the [the suspect] is stigmatized as a vicious criminal who used dangerous drugs.”

The lawyer continues, “In cases I have worked as defense counsel, marijuana users didn’t become debilitated like stimulant drug users, nor did they commit other crimes [after using].”

She has concluded that alcohol is more harmful. “I’ve wondered why [people] are punished just for possession of marijuana even though they are causing little harm to themselves or others,” she continues. “I don’t know the basis for the punishments.”

Heading in the other direction

Last month, the drug policy-making body for the United Nations voted to relax control measures applied to marijuana. The body had previously discouraged its use for medical purposes.

Also last month, the House of Representatives in the United States passed legislation that would decriminalize marijuana.

However, Japan appears to be heading in the other direction. According to the government’s “White Paper on Crime,” there were 1,616 persons arrested for marijuana-related crimes in 2013. Six years later, that figure nearly tripled to 4,570.

Punishment for violators can be stiff. The maximum prison term that can be handed down for the possession of marijuana is 5 years, which is similar to the crime of embezzlement.

It wasn’t always like this. Before World War II, marijuana was widely cultivated by farmers nationwide. However, the Supreme Commander for the Allied Powers banned its cultivation and use during the Occupation in October 1945. The Marijuana Control Law was enacted three years later.

“But since then there have been no movements [to review the law], only the strengthening of punishment,” Kameishi says to 47 News. “Like with provision in the civil code dating back to the Meiji Era that requires couples to use the same surname, it is necessary for laws from other eras that do not meet with modern times to be verified.”

As well, Article 4 of the law prohibits the production of “medicines made from marijuana,” which means it cannot be used for medical purposes like in other countries.

The constitutionality of the existing law has been raised a number of times in court. “The harmfulness of marijuana is extremely low compared to alcohol and tobacco,” the defense said during an appeal to the Supreme Court in 1985. “[The current] enforcement is a violation of equality before the law and the right to pursue happiness under the Constitution.”

However, the court upheld the previous ruling. “It is not acknowledged that marijuana is harmless,” the court said.

This is not Kameishi’s first condemnation of the legal practices in Japan. She has been one of consistent dissenters for the so-called “hostage justice” system, whereby prosecutors detain defendants for extended periods in order to gain confessions.

For marijuana legalization, she finds the lack of progress frustrating.

“Although medical research on cannabis has progressed dramatically since the 1990s, it is still not possible to prescribe it as a drug due to the provisions in the law, and clinical research has not progressed,” the lawyer says to 47 News. “Marijuana is continuing to have the image as that of a very harmful drug.” 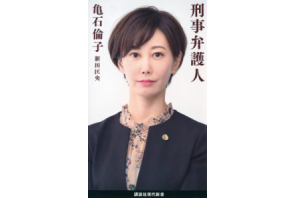