Congress recently introduced a bill that could expand access to therapeutic psychedelics that are designated as Breakthrough Therapies. These products are potentially useful in treating addiction, depression, post-traumatic stress disorder (PTSD), and other neurologic diseases. In recognition of the need to fulfill research and development requirements of certain Schedule I psychedelics, the Drug Enforcement Agency (DEA) also significantly increased the production quota in the manufacturing of N,N-Dimethyltryptamine (DMT), 3,4-methylenedioxymethamphetamine (MDMA), lysergic acid diethylamide (LSD), and other drugs. These actions are exemplary of the federal government’s shift in its approach to the therapeutic value of psychedelic substances.

On November 17, 2022, U.S. Senators Cory Booker (D-N.J.) and Rand Paul (R-KY) introduced the Breakthrough Therapies Act, a bipartisan bill that, if passed, would permit the DEA to reclassify a Schedule I drug – defined by the DEA as a drug with “no currently accepted medical use and a high potential for abuse” – that receives a Breakthrough Therapy Designation from the Food and Drug Administration (FDA) to a Schedule II drug under the federal Controlled Substances Act (CSA). Currently, psychedelics, such as LSD, MDMA, psilocybin, and others, are classified as Schedule I substances.

Under the FDA’s expedited drug development initiatives, a Breakthrough Therapy Designation affords a company with the opportunity to have greater interaction with FDA to expedite the development and review of drugs that are intended to treat a serious condition and clinical evidence indicates that the drug may demonstrate substantial improvement over available therapy on a clinically significant endpoint(s).” To date, the FDA has designated two Schedule I psychedelics as Breakthrough Therapies: (i) psilocybin-assisted therapy to treat severe treatment-resistant depression and major depressive order (ii) MDMA-assisted therapy to treat moderate to severe PTSD.

In a press release, Senator Booker stated the law “could help facilitate a phased roll-out of these potentially lifesaving therapies via FDA-approved Expanded Access pilot programs” and it “would remove burdensome federal regulations that impede research and development of drugs that may be inappropriately listed in Schedule I.”

Key takeaways from the Breakthrough Therapy Act include the following:

The Breakthrough Therapies Act was referred to the Senate Judiciary Committee. No further actions have occurred, but we will continue to monitor the bill’s progress. Notably, the bill was introduced around the same time as Congress’s announcement of the bipartisan Congressional Psychedelics Advancing Clinical Treatments (PACT) Caucus which will focus on exploring psychedelic research to alleviate the U.S. mental health crisis.

The DEA substantially increased the 2023 aggregate production quotas (APQ) for certain psychedelics to be used in research. This signifies an increased demand for federal research and clinical trials on the therapeutic use of psychedelics. In the December 2, 2022 final rule, the DEA significantly increased the manufacturing APQs for MDMA, psilocin (a psychedelic substance found in psilocybin mushrooms), 5-Methoxy-N,N-dimethyltyptamine (5-MeO-DMT), methylenedioxyamphetamine (MDA), and LSD as follows:

In responding to commenters requesting the DEA consider increasing APQs for certain Schedule I psychedelics (i.e., 5-MEO-DMT, DMT, MDA, MDMA, 2-CB, psilocin, and psilocybin) the DEA responded that the APQs established in the final rule reflect DEA’s estimates of the medical, scientific, research, and industrial needs for 2023. However, such APQs can be adjusted if those needs change. For example, if DEA receives additional research protocols from DEA-registered researchers or additional quota applications from DEA-registered manufacturers.

Lastly, the DEA welcomes further engagement with representatives from indigenous communities to determine APQs for controlled substances that are potentially derived from plants traditionally used by such communities in the U.S. and beyond. The DEA also stated that the APQs manufacturing quotas are informed, in part, by the quota requests submitted by DEA-registered manufacturers of those substances, and the current needs of indigenous communities may be reflected in the requests DEA has received. DEA’s position suggests there is a great opportunity to ensure the indigenous community, who has been using certain entheogen plants for centuries for therapeutic purposes, is a stakeholder in the future of the psychedelics industry. The recent resurgence of psychedelics, and its likely imminent commercialization, poses a real threat to the sustainability of plant-derived psychedelics and those communities who are the keepers/utilizers of those plants. A failure to include the indigenous communities will likely have dire consequences on the psychedelic industry.

Based on these recent strides by the federal government, firms operating in the psychedelics drug market may experience less obstacles in the regulatory approval pathway for their psychedelic drug products in the coming years ahead. Notwithstanding, please remember that companies and investigators must still comply with significant regulatory requirements in order to obtain, secure and conduct research on these potentially very beneficial psychedelic substances.

We have the resources to help you navigate the important legal considerations related to business operations and industry-specific issues. Please reach out to the author, your Foley relationship partner, or our Health Care Practice Group with any questions. 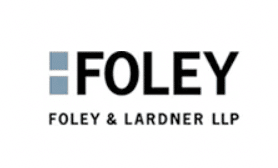