Article Published On The Regulation & Stratification Of Organic Cannabis 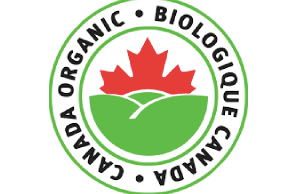 Most writing on the subject has been fairly lightweight and short term in nature. This article published via Stratcann gives a little more depth to exploring the hows? The fact that it comes out Canada is always a bonus.

Organic cannabis is at a crossroads in Canada. The lack of federal legislation is slowing market growth, with producers following different rules. This can cause confusion for consumers, with both domestic and export markets being hindered by the lack of clarity.

“You can’t get to an export market without federal regulations on organics,” says Todd Veri, President at Kootenay Outdoor Producer Co-op, which is certified by the Pacific Agricultural Certification Society (PACS) in Vernon, BC. “You have to convince the government that it’s a food product, and that’s the tricky part.”

As it stands, Canadian producers of organic cannabis use a variety of third-party certifiers, among them PACS, Fraser Valley Organic Producers Association (FVOPA), and Pro-Cert. However, these certifiers have different standards and processes, and there are no federal regulations in place, which means that no Canadian cannabis product can have the green checkmark – a symbol that deems a product “officially” organic.

“The cannabis industry is still quite nascent,” says Greg Engel, the CEO of Organigram, a licensed producer of medical and recreational cannabis, including the ANKR Organics brand, which is certified by Pro-Cert. “It’s conceivable that, as the industry matures, an organization like the Canada Food Inspection Agency (CFIA) might oversee certain aspects of it.”

So far, there have been few signals from the Canadian government that it understands the domestic and export market potential of organic cannabis. The product itself is caught between two worlds. The CFIA oversees organic agricultural products, but cannabis is regulated by Health Canada, which knows little about organic certification.

“Since cannabis is a drug and not a food, a seed crop, or an animal feed, it’s not subject to Acts or regulations administered by the CFIA,” says Tammy Jarbeau, Senior Media Relations Advisor at Health Canada. “Licence holders are permitted to include factual information on product labels. This could include information related to how a product was produced, provided the information isn’t false or misleading.”

Translation: you can call your product “organic” and the government will likely leave you alone. This is clearly not a great system, because it also allows for non-certified producers to make the claim. Consequently, the expectation is that the CFIA will act. But, when?

“I think that next year or the year after the CFIA will allow for the certification of cannabis, and at that point we’ll be able to use the green checkmark,” says Jesse McConnell, CEO of Vancouver, BC-headquartered Rubicon Organics. “Some areas, like greenhouse production, are easier – there are production standards such as potted plants versus vine crops that are already in place. I expect that the CFIA will require cannabis production to incorporate sunlight, effectively eliminating indoor warehouse production. They’ll also have to determine at what point in the downstream processing of cannabis, such as concentrates, does the end consumer product no longer comply with organic certification standards.”

Licensed providers, as well as those organizations active in organic certification of cannabis, have a lot on the line to ensure their reputation with the consumer. This was proven back in January 2017, when OrganiGram was caught up in a Health Canada recall after pesticides were found in its cannabis, which at the time was certified as organic by ECOCERT.

When approached for comment for this article, Julia Buchan, Sales and Customer Relationship Officer for ECOCERT, told StratCann that “ECOCERT Canada does not certify cannabis.” Ms. Buchan declined an interview, without saying when or why ECOCERT withdrew from the cannabis market.

For its part, OrganiGram appears to have turned a corner with its new certification body, Pro-Cert, which adheres to Canadian organic standards as applicable to agricultural products.

“Pro-Cert requires documentation and on-site audits and inspections to ensure compliance to their standards,” says Engel. “We are committed to adhering to all regulatory guidelines regarding the growing of cannabis products.”

Clearly, organic cannabis producers in Canada believe that the market is out there, even without federal oversight of cannabis certification.

“In Canada, we estimate that organic cannabis represents roughly 15-20% of the legal market,” says Sebastien Bouchard, Director of Communications at Green Organic Dutchman, which is also certified by Pro-Cert, and which plans to sell certified organic medical cannabis through local pharmacies in Germany. “According to a survey conducted by IPSOS in October 2020, over a quarter of Canadian cannabis consumers are now more interested in organic products compared to prior to the pandemic.”

The challenge is that, without federal oversight, the consumer may or may not be aware of the differences within the organic cannabis industry. Does it matter, for example, if organic cannabis is grown indoor under artificial lights, in a greenhouse, or outside? For some, these are critical distinctions.

“We have the first certified organic outdoor crop ever grown in the world,” says Veri, from the Kootenay Outdoor Producer Co-op. “Sadly, provincial certifying bodies allow for exceptions for artificial light and irradiation. It’s basically the wild west. The bigger players are resisting – they don’t want to go outdoors.”

There are good reasons for this. The Canadian cannabis market has been distorted by an obsession with high THC levels, and it’s hard to hit those with an outdoor operation.

“Rain and dew late in the season can strip off trichomes and terpenes,” says Veri. “However, I believe that growing organically, and outside, is not just about sustainability and the good of the planet, but because it makes better cannabis.”

In the food chain, many organic agricultural products are placed into processed foods. Of course, this now applies to cannabis products, too. 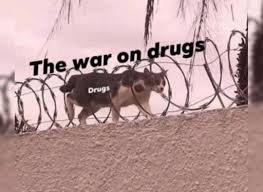 Australia: Apparently NSW Police Are ” “once again left astounded by the insatiable demand for prohibited drugs from those across our community” 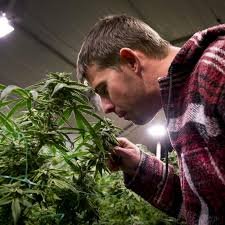 Watch Out Washington The Odour Force Is Coming 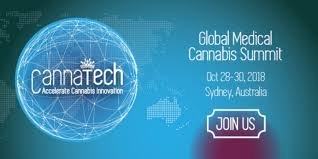