In May 2014, Barnaby Joyce spoke out in support of legalising cannabis medicine: a campaign fronted by a young patient named Dan Haslam. And two years later, the Nationals MP helped open the nation’s first medicinal cannabis farm in memory of Dan, who’d lost his battle with cancer.

However, last month, footage came to light of Joyce shouting down Dan’s mother, medicinal cannabis advocate Lucy Haslam, at a Tamworth screening of High as Mike: a documentary that explores the difficulties local patients can have when trying to access medicinal cannabis.

“I don’t want someone saying there is some miracle elixir that we somehow missed,” Joyce told the crowd in anger. “That is not the truth.” Although, the documentary in no way presents cannabis medication as a “cure all”, but rather it hails it as “symptom relief”.

And sadly, Barnaby turning his back on medicinal cannabis patients, reflects a broader dropping of the ball by politicians in the capital, despite the fact that access to legal medicinal cannabis is now reserved for the few approved patients who can afford the exorbitant prices.

“Are they dumb, or are they dirty?”

“Barnaby’s withdrawal of support could reflect the widespread lobbying of Big Pharma,” Ms Haslam hypothesised, adding that she’s “fairly certain” it is behind a drop in support from the Coalition for Australian patient access, which contrasts with a rise in support for the nation’s export market.

The United in Compassion (UIC) executive director further explained that some medicinal cannabis advocates question whether many politicians are either “dumb” or “dirty”. And in the case of Joyce, she said it’s yet to be seen, as he still hasn’t explained his backflip to his New England electorate.

“The federal health minister also mentions frequently that he makes no apology for the tight regulation around medicinal cannabis,” she added. “We speculate that the tight regulation is more a means of control and restriction with the aim of keeping Australian patient numbers minimal.”

A path strewn with red tape

The Turnbull government passed the Narcotics Amendment Act back in February 2016, which established a framework for legalised, locally-produced cannabis medicines in this country, under the oversight of the Therapeutic Goods Administration (TGA).

And the road since then has been slow-moving and bound by red tape. As of June this year, there’s only been twenty cannabis cultivation and production licences granted. And because of the lack of legal product, most try to access imported medicine via the TGA Special Access Scheme (SAS) Category B.

“Certainly, the way it has been legislated means that the complexity of the SAS B application process, coupled with the fact that it is an “approved/unapproved” medicine,” Ms Haslam explained, “means it will be difficult to subsidise and therefore will remain expensive.”

The statutory review report on the 2016 Act was released last week, UIC notes. And although, patient access was left out of its terms of reference, it set out that “a relatively small number of patients are receiving prescribed medicinal cannabis” and it’s “mostly imported” and “expensive”.

“That leaves 986,000 at risk of prosecution,” Ms Lynch emphasised. “The current system discriminates against people who are disabled by their condition, because products are not available to them, as they are to others, who have higher income from employment.”

The cannabis activist stressed that “approval does not mean access” and nor does it indicate demand. Ms Lynch pointed out that many who have gained approval can’t afford the product, while others begin their treatment only to discontinue it due to the price.

“The government needs to do something to bring the cost down now,” Ms Lynch told Sydney Criminal Lawyers. “The whole delivery system is a schnozzle.” And she added that it will be a long time before cannabis medicine is TGA approved or subsided by the PBS.

To the highest level

The MCUA recently submitted a report to PM Scott Morrison on the state of medicinal cannabis access. Ms Lynch notes in it that the association produced the document as many of its 18,000 members are sick of getting standard replies from local MPs that don’t address their concerns.

The report reveals a cannabis climate where GPs don’t want to prescribe it, low income patients continue to source black market product as there are no discounted medicines, police continue to arrest patients, and patients can be charged for driving with traces of medicine in their salvia.

“Considering the dismal failure the pharmaceutical model has been for the absolute majority,” Lynch explained, we recommend “a new model built on the Complementary pathway” – a TGA access avenue for alternative medicines, such as herbal – which “would open up access and affordability”.

While next week, Ms Haslam is taking a delegation of medical and legal experts to Canberra to raise patient access with federal politicians. However, so far, only one Coalition MP has accepted. But, there are a number of Labor, minor party and independent MPs who have said they will attend.

No such thing as false hope

And as for Barnaby, Ms Haslam believes he has a bit of an issue in understanding the difference between medicinal cannabis use and recreational, as every time she’s met him, he’s raised an incident about a depressed school friend who smoked heavily and took his own life.

The UIC co-founder added that Joyce’s “ignorance” extended to the argument he made at the High as Mike screening, when he said that “medicinal cannabis was giving dying cancer patients ‘false hope'”, as the documentary made no case for cannabis medicine being a cure for the disease.

“There is actually no such thing as giving a patient false hope,” Ms Haslam concluded. “Hope is hope, and if you have it, it is not false. This is probably an argument that is well outside the scope of understanding by Mr Joyce.” 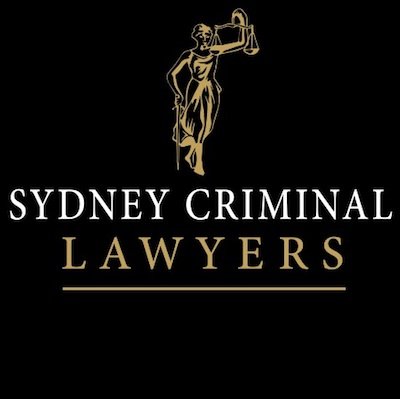