Alaska’s legal cannabis industry made news recently when it was revealed that the state is owed more than $2 million by cultivators in unpaid taxes. The announcement brought new scrutiny to Alaska’s marijuana tax structure, which is unlike that of any other state where commercial cannabis markets have been legalized.

Most legal cannabis states tax marijuana on several levels, from cultivation to processing, as well as through sales taxes. As per the 2014 ballot initiative that legalized recreational marijuana, however, Alaska only taxes cultivators (some municipalities impose sales taxes, but the state does not). This has been problematic for the industry ever since.

The initiative set a flat tax of $50 per ounce on all marijuana sold by cultivation facilities. However, the price per ounce varies dramatically from one grower to the next based on quality, resulting in some paying vastly higher percentages on their returns than others. To offset this, the Department of Revenue introduced a tiered system in 2019 that taxes mature bud and flower at $50 an once, immature or abnormal bud at $25, and trim at $15.

While this eased some of the inequities, for growers, their tax bill remains constant regardless of what they charge for their product. Anchorage attorney Jana Weltzin, who specializes in marijuana law, said this is costing the state money.

“If they were taxing it based on fair market value, they could be seeing more, and they probably would be seeing better collection rates too,” she said.

Weltzin pointed out that the tiered system still has a disproportional impact from one cultivator to the next.

“For some of these growers, they can only sell their pound for $2,000. Then you pay $800 on top of that, you’re left with $1200. You take another eight to nine hundred dollars off of that for covering your costs, and you’re not left with much at the end of the day,” she said.

“It creates an artificial floor for the price, to the point where you aren’t making any money if the price drops too low,” said Mike Emers, owner of Rosie Creek Farm, an outdoor cultivation facility in Fairbanks. Taxes imposed significant costs during the startup phase for his company, and because he was paying on volume, not margin, one year they consumed 46% of his earnings.

Emers has since cut that percentage nearly in half, but he feels that spreading taxation across the industry, including sales taxes and taxes on value-added products like edibles and concentrates, would be more equitable, while generating greater revenue for the state.

“I think they are leaving money on the table in not approaching it on a percentage basis and on total sales,” Emers said.

Lacy Wilcox, president of the Alaska Marijuana Industry Association (AMIA), said part of her job is supporting growers like Emers as they build Alaska’s cannabis market.

“I have to stand strong for the guys that are doing a really good job at keeping their books, setting their price, growing their plants, being good business people, and paying their taxes,” she said.

Wilcox is well aware of the struggles cultivators encounter as the sole taxation point. But she said that, for a variety of reasons, the system won’t change soon. Historically, Alaska’s taxes are volume based, whether on oil, alcohol, cannabis, or anything else. There is no existent process on the state level for collecting money elsewhere. And launching such a system has its hurdles.

“I worked at the Department of Revenue for twelve years, and understand tax revenue management pretty well,” Wilcox said. “I don’t think it’s as simple as people think.”

Wilcox said that changing the present system would require support from tax-resistant legislators concerned that any sales or manufacturing taxes on marijuana would open the door to other items being taxed, or even a general sales tax. And the Department of Revenue would need to be expanded and retooled to collect such taxes.

For the moment, Wilcox said, ensuring compliance is the primary concern. While most growers are either paying their tax bills in full or arranging payment plans with the state, she said a small handful are simply not paying by choice. Wilcox emphasized that she isn’t talking about businesses making good faith efforts at paying their taxes while striving to balance their books. “I’m talking about the people who never pay taxes, and thumb their noses at the system, because they know that there will be no consequence.”

Wilcox said these cultivators are willing to risk evading taxes because the Department of revenue cannot shut them down. So they don’t pay, she said, and they treat their unpaid taxes as a free line of credit they use to undercut competitors. It also deprives Alaskans of money that rightfully belongs to the public. Wilcox favors denial of license renewals by the Marijuana Control Board for chronically delinquent growers.

“My position right now is, let’s get a good grip on enforcement tools and how to bring people into regulative compliance, and deal with those who, regardless of flexibility, will not come in to regulatory compliance,” she said. “Then I’m going to be able to go to the legislature and say, alright, we’ve been doing a good job in a bad tax structure for five years, it’s time to have that bigger conversation about changing the tax scheme.”

Weltzin is also on the AMIA board, but recuses herself from tax questions that come before it because she represents clients working on payment plans. She holds a more cautious view on denying license renewals, out of concern that the lost taxes will never be recovered if businesses are shuttered. She emphasized that while news reports about $2 million being owed were eye popping, this represents a small fraction of what cannabis taxes contribute to state coffers. “The industry overall is doing a really good job of being compliant on their tax obligations,” she said.

“The industry is evolving, and the tax structure needs to evolve. You’re putting all of the burden on one sector of the market,” she said about taxing growers exclusively. “It’s kind of the sector where things can go wrong.”

Anything from power failures for indoor growers, an early frost for outdoor cultivators, or something unrelated to business like a family medical crisis, can leave owners scrambling to meet their tax obligations.

Weltzin pointed to Emers as an example of a grower who has been mistreated by the present structure.

“He chose to use his organic farm and grow outdoor, and have one season, and do things like how the rest of the United States does it,” she said. Demand for his product doesn’t match what indoor growers enjoy, however, so his prices are lower. But he pays the same dollar amount in taxes.

Emers said thanks to tiered taxation and improvements in his bud that have allowed him to set a higher price, he’s whittled his taxes down to about 24% of his revenue. That’s still high, but sustainable for his business. “I’ve stopped holding my breath and just tried to live with it,” he said. “Which means just doing the best I can to make my product as good as it can be so I’m getting more money for it.” 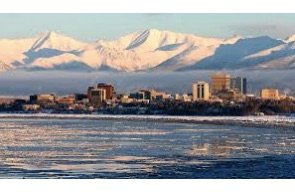