Article – The Chicago Defender: Redlining in Cannabis is Cutting Off Opportunity For Black People.

An interesting if unsurprising piece.

The racial disparities in cannabis go as far back as 50 years ago. Black people are four times more likely to face marijuana-related offenses than other ethnic groups, even though both Black and white people consume the substance at similar rates.  Recently, many states have moved to legalize cannabis, allowing people to profit off what was once criminalized, making it a now $20.5B industry. Yet, many are denied access due to redlining or being systemically left out, further widening the wealth gap and cutting off opportunities for Black people.

Tahir Johnson, Director of Social Equity and Inclusion at the U.S. Cannabis Council, advocates for Black people in cannabis. Since joining the USCC in April, he has advanced its mission around social justice, ensuring that those impacted by cannabis prohibition be included, thus allowing economic opportunities and restorative justice.

He says, “We have a problem where we are the most prosecuted but don’t have opportunities in the business. When you look at the actual ownership of Black people in the cannabis industry, it’s only 4%. So while the U.S. cannabis industry is growing, there are very few people of color profiting from it.”

Capital, education, and preparedness are barriers Tahir listed when it comes to Black people in cannabis. He says access to capital is the largest. “We don’t have access to banking services. Compared to our white counterparts, Black communities have only 1/10th of the wealth. When you match that with a system where you can’t get a bank loan to participate in this industry, then you have a situation where you don’t have access”, he said. 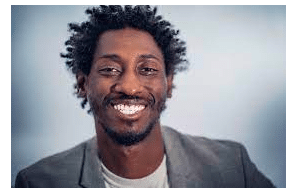