Article- The Hill: Lobbyists race to cash in on cannabis boom

Lobbying firms are taking advantage of the cannabis boom as a number of bills on the industry move through Congress and state legislatures.

“This practice group [is] now formalized but the work that we’ve been doing for a while has just been growing organically,” said Melissa Kuipers Blake, co-chair of the group.

“I expect that continues to happen as folks understand they need lawyers with high level expertise.”

Brownstein is headquartered in Denver, where Blake is based, and has offices throughout the West Coast, including Santa Barbara, Calif., where the other co-chair, Amy Steinfeld, is based. Both Colorado and California have legalized marijuana.

“I think the reason why it’s a natural fit for our firm to be doing this, especially in California, is that we have been working with the regulatory agencies for years on other projects,” Steinfeld told The Hill. “New farmers coming into this field don’t really realize they’re entering what’s really a compliance industry because it’s so highly regulated.”

And she said that moving public opinion on the issue is an important part of lobbying effort. 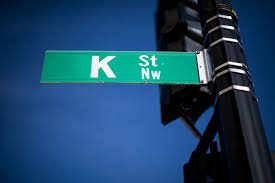