Article: The Potential (and Peril) of Legalizing Psychedelics

Allowing use for research and treatment is a step forward, but it leaves out some of those it might help. Writes Progressive.org

Here’s the introduction to their piece..

The late ethnobotanist and psychonaut Terence McKenna was a firm believer in the power of  psychedelics to heal humanity’s ills, including problems of drug dependency and addiction. “Only a recovery of the relationship that we evolved with nature through use of psychoactive  plants before the fall into history,” he wrote, “can offer us hope of a humane and open-ended  future.”

Treatment with psilocybin, an active ingredient found in several genera of mushrooms, has been shown to reduce anxiety and depression in patients with cancer.

Indeed, psychoactive substances—also called entheogens—have shown remarkable therapeutic potential. For example, treatment with psilocybin, an active ingredient found in several genera of mushrooms, has been shown to reduce anxiety and depression in patients with cancer. Psychedelic-assisted psychotherapy is also being studied for its potential to treat post-traumatic stress disorder, drug addiction, anxiety, and, recently, grief related to COVID-19.

On November 3, Oregon became the first state to legalize psilocybin therapy with the approval of Oregon Measure 109. The state also decriminalized non-commercial possession of controlled substances with Measure 110, which is predicted to reduce convictions in the state for drug possession from 4,057 in 2019 to about 378 annually.

Oregon appears to be embracing the psychedelic renaissance and moving to match some of the most progressive drug policies in the world. These statewide measures are widely regarded as a major victory for the decriminalization movement. But they have not made these drugs available to all who may benefit from them.

Carlos Plazola, the chair of Decriminalize Nature, an activist group that opposed Oregon Measure 109, says it “legaliz[ed] a clinic-based framework, which creates access for people who can afford and who are comfortable with clinic-based access. It didn’t create access for the most marginalized members of society.”

While Decriminalize Nature is not against the medicalization of entheogens, Plazola would like to see entheogens available in clinics, medical facilities, community-based ceremonies, and permitted for growing at home. But because clinical, medical, and pharmaceutical models are embedded into our capitalist society, he noted in an interview, they win out at the ballot box.

Read the full article at    https://progressive.org/dispatches/legalizing-psychedelics-bilter-201231/ 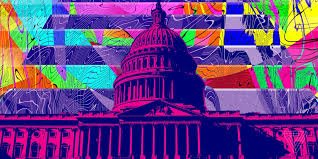