Article: Tommy Chong Exclusive: ‘Trump Will Eventually Be Locked Up’

Thankyou Celeb Stoner and thankyou Tommy Chong for not pussyfooting around..

Tommy Chong: “You have to ask why I support Biden? The other guy is Trump!”

Tommy Chong was arrested by the DEA for interstate paraphernalia sales in 2003 after his Chong Glass company was lured into a sting and shipped products from California to Pennsylvania. Chong pled guilty and spent nine months at Taft Correctional Institution in 2003-2004.

Back in February, Chong tweeted:

I went to jail because of a Biden law! Selling bongs! Biden law! https://t.co/njmL9kH4Lg

Chong was referring to the Violent Crime Control and Enforcement Act of 1993 (a.k.a the Crime Bill), Subtitle C: General Provisions (Sec. 1537), which reads: “Authorizes the Attorney General to bring a civil action for violations of prohibitions regarding the sale, transport, import and export of drug paraphernalia. Grants the court the power to assess a civil penalty of up to $250,000 and to grant other, including injunctive, relief.”

The Top CelebStoner has since endorsed the Democratic nominee Joe Biden. We asked him to clarify his support for the former Vice President:

“You have to ask why I support Biden? The other guy is Trump! Yeah, Biden wrote the bong law; however, that was 2003. And it was [Attorney General John] Ashcroft that wanted me locked up. Obama offered me a pardon, which I refused because I’m proud of my record. It gave me street cred. I loved my time in prison; I don’t regret a moment of it. Nelson Mandela served 18 years! My nine months was nothing compared to Nelson and quite a few more are still in prison for cannabis crimes. Biden is going to reschedule pot from Schedule I, no medical use, to Schedule 2. That will enable us to bank our cash. Biden is the only qualified candidate and will be our new President on November 3. Make no mistake. Trump will eventually be locked up and will forfeit what money he has.”

Rescheduling will not allow cannabis businesses to use federal banking services; descheduling or passage of the SAFE Banking Act by the Senate (the House voted in favor in 2019), would. Biden favors decriminalization. His running mate Sen. Kamala Harris supports legalization. 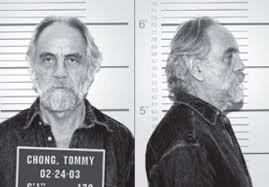