Native Americans have the right to practice their traditions on the grounds of religious freedom — and many feel that decriminalizing peyote would allow non-Native Americans to infringe upon these traditions by using up valuable resources and turning the plant into a commodity. Last year, the National Council of Native American Churches (NCNAC) and the IPCI released a statement requesting that peyote not be included in decriminalization legislation, citing a need to preserve the plant, as well as the sacred tradition it belongs to.

Statement from National Council of Native American Churches and the Indigenous Peyote Conservation Initiative regarding Decriminalization of Sacred Plants Ordinances at the City or other jurisdictional level, as they pertain to Peyote

The National Council of Native American Churches (NCNAC) and the Board of the Indigenous Peyote Conservation Initiative (IPCI) recognize that humans have utilized entheogenic plants for their health and wellbeing for millennia and respectfully requests that current efforts to decriminalize these relationships should consider the complexities of each plant or fungal medicine. This statement addresses the particular complex relationship of the law, our history, and social/cultural realities in the U.S. to the peyote cacti (Lophophora williamsii).

Native American Church leadership respectfully request that Decriminalization efforts NOT mention peyote explicitly in any list of plants and fungi.

It is extremely important that peyote be preserved for utilization by and for Indigenous peoples. Broken treaties in this land, the preciousness of native traditions, ecological threats to the medicine itself, and the importance of spiritual respect in its use makes peyote a tenuous plant to include explicitly in any decriminalization effort. It is important that non-Indigenous people respect and acknowledge the American Indian Religious Freedom Act Amendments of 1994 and take the lead from Indigenous leaders of the Native American Church/Azeé Bee of Diné Nation and bonafide spiritual organizations.

Due to various anthropological causes, there is a shortage of peyote available for Indigenous practitioners of this venerable old religion, which is in fact a way of life for generations of Indian people. Indigenous people have fought for over a hundred years and continue to fight for their right to this medicinal sacrament and feel a deep sense of responsibility for the survival and care, as well as the preservation of their traditional way of worship with it.

In the United States, peyote only grows naturally in a small area of southern Texas; its limited natural habitat is a significant factor in the current shortage. In addition, both the federal law and Texas state law permit only Indian people who are members of federally recognized tribes to legally acquire, possess, use, and transport peyote. Any local governmental resolution that gives non-native people the impression that they now have rights to acquire, possess, use, or transport that peyote in or from Texas would be misleading and may lead to their prosecution.

A concern of the Board of IPCI and its Native American Church/ABNDN leaders is that, the message being portrayed within Decriminalization resolutions could provide a false sense of legality. Possession, transportation and use of peyote by non-natives is illegal under federal and state law. To the extent the “Decrim” movement sends a message to local citizens that peyote is “legal,” the collateral and unintended effort could be to increase interest in non-native persons either going to Texas to purchase peyote or to buy it from a local dealer who has acquired it illegally and unsustainably in Texas.

Both scenarios, we fear, will further foment the peyote black market and unsustainable practices in south Texas and compromise the decades long work on the part of Native American peyote spiritual leaders and allies. It is important to share that the federally recognized tribes of North America experienced the legalization of peyote only as recently as 1994, after decades of advocacy and landmark court cases, eventually being recognized with passing of the American Indian Religious Freedom Act Amendments.

Our IPCI project is working hard to improve land management and conservation practices of the local ranchers, and to improve growing and harvesting conditions and methods. The ranchers we work with are very concerned about the rampant trespassing and destructive practices of illegal pickers which is likely to increase with the Decriminalization efforts.

For non-native persons who want to avail themselves of relationships with entheogenic healing medicines that don’t harm the very fragile peyote population in south Texas or disrespect the spiritual and cultural norms of our Indigenous peoples, they should look for alternative medicines.

In closing, we believe that the respectful course moving forward is to NOT include the word “peyote” in any local decriminalization resolutions, initiatives, or efforts, put before governing bodies. For persons who have questions or an interest in a deeper understanding, we’re happy to serve as a resource and provide educational materials or Indigenous spokespersons for education and support via technology or conduct in-person conversations. 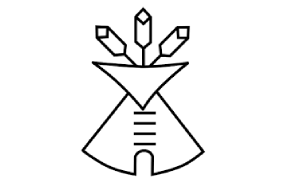