Article – What has happened with the approval of the Cannabis Bill in Costa Rica?

We have reported a lot on the subject of Cannabis and therefore, Hemp, in Costa Rica, but not the current expectation that the citizens of the Central American country and other nations have.

In Latin America at least seven countries have approved marijuana for medicinal purposes, and only one, Uruguay, legalized its use for recreational purposes, becoming the first country in the world to do so.

At the end of the year 2020, Argentina approved a new regulation on medicinal cannabis, among which self-cultivation was approved for patients who need the use of the plant. In countries such as Bolivia, Cuba, Guatemala, Honduras, Nicaragua, El Salvador, the Dominican Republic, Costa Rica, and Venezuela, marijuana use is illegal in any case.

A few weeks ago, it became known that the President of Costa Rica, Carlos Alvarado, keeps turning his back on the proposal of the Citizen Action Party (PAC), to legalize recreational use of marijuana. “This project as such is not on the executive’s priority agenda,” added the president.

Carolina Hidalgo, a PAC candidate for the Presidency of the Republic, would be willing to legalize the use of recreational marijuana. In this regard, she also considers that the door should be opened to the industrial and medicinal use of the plant, with the aim of generating wealth and new jobs.

The independent deputy, Zoila Volio, stressed that she remains concerned about the deterioration in the country’s economy, in the presence of the Covid-19 pandemic, “an important effort was made to rule on file 21,388 on Hemp and Medicinal Cannabis”.

Therefore, she thanked the Agricultural Commission “which has seen in this project the opportunity to generate employment and introduce Costa Rica to a new market that is growing exponentially; despite the promise of the President a year ago to support this project, it has not been summoned by the executive, but I will continue to fight hard on this issue,” she concluded. 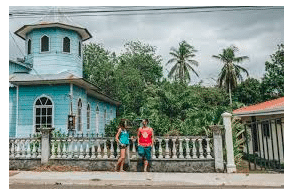