On December 13, 2016, the Task Force on Cannabis Legalization and Regulation (the “Task Force”) published its long awaited and much anticipated report, A Framework for the Legalization and Regulation of Cannabis in Canada (the “Report”), containing 80 recommendations for the Federal Government to consider as it prepares to draft legislation giving effect to legalizing and regulating the recreational use of cannabis in Canada, which the Federal Government has undertaken to table in Parliament in the spring of 2017.

Following Justin Trudeau’s election campaign promise to legalize the recreational use of cannabis in Canada, the Minister of Justice and Attorney General of Canada, the federal Minister of Public Safety and Emergency Preparedness, and the federal Minister of Health announced the formation of the Task Force on June 30, 2016, with the mandate of taking a public health approach to providing recommendations on the design of a new legislative and regulatory framework for the legalization and regulation of recreational cannabis in Canada. The Federal Government’s stated objectives include: (i) protecting young Canadians by keeping cannabis out of the hands of youth, (ii) keeping profits associated with cannabis production and distribution out of the hands of criminals, and (iii) protecting the health and safety of Canadians as it pertains to cannabis production and use.

In order to fulfill its mandate, the Task Force engaged in widespread consultation across Canada with, among others, provincial, territorial and municipal governments, legal and medical experts, law enforcement representatives, as well as representatives in other jurisdictions where recreational cannabis has been legalized (e.g., Colorado and Washington in the United States and Uruguay) and received more than 30,000 responses from various individuals and organizations in response to an online public consultation process. In addition to canvassing these various stakeholders, the Task Force also drew from Canada’s own experience and practices from the regulation of alcohol and tobacco, as well as Canada’s existing regulatory framework for medical cannabis.

The Report offers 80 recommendations on the production, distribution and restriction of the use of cannabis and its derivative products, reflecting a balanced, public health approach towards the legalization of cannabis by implementing strict regulations aimed at minimizing the harms associated with cannabis use and reducing the scope and scale of an illicit cannabis market.

Some key recommendations from the Report are summarized below:

Interestingly, the Task Force also recommends that diversity be encouraged, which we see as an opportunity for those producers that have been operating in the so called ‘grey’ (but really illegal) market of supplying dispensaries with their product. At the news conference announcing the Report’s recommendations held on December 13, 2016, the Task Force Chair, the Honourable Anne McLellan, went so far as to say that she would like to see the currently illegal producers come under the legal regime by making application to be a federally-regulated licensed producer when legalization occurs.

An overall takeaway from the Report is the realization that there is still much to research; for example, the science behind the testing for impaired driving under the influence of cannabis is in its infancy and having a framework to test impaired drivers will likely be a condition precedent to the Federal Government enacting any legislation for the legalization of recreational cannabis.

The major hurdle in the effort to legalize cannabis in Canada remains a balancing act between access, affordability, product quality, public safety and the on-going research regarding the health benefits of cannabinoid-based drugs.  Although the Report signifies a step forward in the legalization of cannabis in Canada, it also acknowledges that there remains a long and arduous road ahead. Indeed, the Federal Government will move cautiously and slowly.

In his speech from the throne on December 4, 2015, Governor General David Johnston’s delivery of the governing priorities of Justin Trudeau’s Liberals included a pledge to legalize, regulate and restrict access to marijuana. With the Report now delivered, proposed legislation is expected to be tabled in Parliament in the spring of 2017. Any new federal law in Canada must go through a legislative process beginning with an introduction of the bill (the first reading) in the House of Commons, followed by a second reading whereby the bill is debated by the members of the House of Commons and following which a vote is taken to determine whether the bill will proceed to the Committee Stage, wherein every detail of the bill is dissected line by line. Once the Committee has finished studying the bill, it will report back to the House of Commons and a further debate (the third reading) will take place. If the bill passes the third reading, it goes through a similar process in the Senate, before finally receiving Royal Assent and becoming law.

Given the complexity of the task and the level of coordination required among different levels of government, the implementation of the regulatory framework will likely take longer than expected. We expect there to be considerable debate in the House of Commons regarding, among other things, the minimum legal age, the ability to grow cannabis at home and distribution channels. This will not be a rubber stamping process and, while the proposed legislation is anticipated to be tabled in the spring of 2017, we do not foresee that the law(s) will be enacted any time before the third quarter of 2018, and even possibly as late as early 2019, which could align dangerously close to the next federal election. While we presume that the Federal Government will accept a vast majority of the recommendations contained in the balanced and detailed Report, there is no obligation to do so. A change in the Federal Government could also have a major impact on specific recommendations in the Report (e.g., the minimum legal age, growing at home, taxation levels and uses of tax revenue), and even the whole concept of the legalization of the recreational use of cannabis.

Wildeboer Dellelce LLP represents a variety of industry participants, including licensed producers, licensed producer applicants, research and development labs and investment banks raising capital for industry participants, and has acted on numerous transactions and mandates in the medical and recreational marijuana space (where currently permitted, including Colorado, Washington and Uruguay). For more information on how we can assist you in this sector, please contact Charlie Malone (cmalone@wildlaw.ca), Jeff Hergott  jhergott@wildlaw.ca) or Danny Kharazmi (dkharazmi@wildlaw.ca).

This update is intended as a summary only and should not be regarded or relied upon as advice to any specific client or regarding any specific situation. 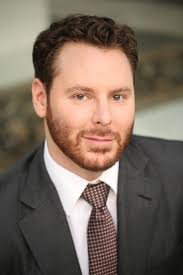 Sean Parker Contributes Another $US500K To California Adult Use of Marijuana Act (AUMA).