“With the success of the cannabis movement, people have noticed nothing bad has happened since lightening up the prohibition,” says Myc Williams, director of communication for Decriminalize Nature Michigan. “The same is going to happen with naturally occurring entheogens like mushrooms. They’ve got fantastic safety profiles and they can help with depression and end-of-life anxiety.”

Williams’ group says it plans to push state-level drug policy reform legislation. Members are writing letters to legislators and preparing to start a phone-call campaign to drum up support.

Similar movements have cropped up in other states, including Oregon, Vermont, Texas, and Hawaii. California state Sen. Scott Wiener, a Democrat, introduced a bill in February to decriminalize substances such as psilocybin, the hallucinogen found in psychedelic mushrooms. New York mayoral hopeful Andrew Yang favors legalization. Traverse City, Detroit, Grand Rapids, and the Upper Peninsula may follow, too.

“What public safety function are we serving by prosecuting cases involving psychedelic mushrooms?” Washtenaw County Prosecutor Eli Savit asks. “I frankly couldn’t come up with one.”

Decriminalization means applying similar laws as pot — no driving while intoxicated, use by minors, or running unlicensed businesses.

“People are really thinking twice about how we criminalize certain substances and whether people need to be facing a lifetime of stigma with a criminal record because of something they chose to use safely in their free time,” Savit says.

Those who use mushrooms now typically acquire them in much the same way cannabis users bought weed before it was legalized. Dealers charge about $25 per eighth of an ounce, but Williams discourages that route. Instead, he urging a “grow, gather, gift” model because buying from dealers goes against the sharing ethos of the movement. The Michigan Psychedelic Society will point the curious to growing classes offered statewide — often run by the same people who sell shiitake and oyster mushrooms at farmers markets.

Dosing is a little trickier because tolerance and comfort levels are personal. But generally, Williams says, it goes something like this: Less than a gram is a “microdose,” usually equivalent to a tenth of a “trip” dose. A “museum dose” is a gram or a little more — just enough to make the colors and images in a painting more vivid. The standard amount for a psychedelic experience is anywhere from 3.5 to 5 grams. A “heroic dose” is 5 to 7 grams and a macro-dose is higher than that — and neither are recommended for newbies.

The timing for this push for decriminalization may be just right. The pandemic, Williams says, brought new attention to the need for alternative treatments for anxiety, depression, and other mental health challenges exacerbated by social isolation: “We need a way to reconnect to community and start to heal.” 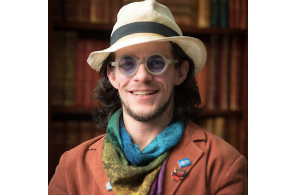