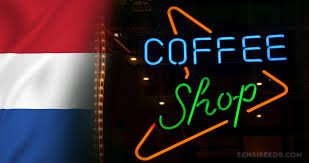 This report by CBD testers is worth a quick read, if like us, you find the Netherlands set up rather confusing. This article suggests they are trying to simplify things and create less “grey” within legislated cannabis approaches

Long before the rest of the world was talking about legalization, the Netherlands was already pushing the boundaries with the opening of coffeeshops where patrons could smoke without legal repercussion. Now, years later, this setup has caused a huge back door market that the Netherlands is trying hard to close.

One of the things the Netherlands is most known for, and which drives a huge amount of tourism, is its cannabis coffee shops where people can go, pick their favorite strain, and smoke socially. But this paradigm of Netherlands culture, which has been going on since 1976, is the product of contradictory laws that have opened a large black market for cannabis, that legislators are now trying to close by updating current laws.

One of the biggest misconceptions about the Netherlands is that cannabis is legal there recreationally, and this is most certainly not the case, although the Dutch sure have some interesting laws.

In the Netherlands, cannabis is considered a soft drug, and although illegal according to the 1928 Opium Act, is tolerated locally by way of the 1972 Policy of Tolerance, and allowed to be used in coffeeshops. Local authorities decide on whether charges should be brought against a person for breaking cannabis use and possession laws, which generally happens only if it’s deemed that the use of cannabis is a threat to others, like children. Smoking in public places is illegal.

Personal use also extends to cultivation, and having five plants or less is decriminalized. If caught the plants might be confiscated, but no other penalties are met so long as it was all for personal use. Authorities generally look for at least a couple signs that a grow is for commercial use before prosecuting, and giving out prison sentences or community service. Larger sentences are given if the grower is part of a criminal enterprise, or the growing of the plants caused some kind of danger like a fire hazard. Growing for commercial use is strictly illegal.

As is the case in most places, supply crimes garner the most prosecution in the Netherlands. Repeat offenders are often put in programs through the Institution of Prolific Offenders Law which offer treatment along with prison.

The caveat to selling cannabis

The caveat that exists to the sale of cannabis being illegal, is the tolerance laws for coffeeshops where owners must abide by certain restrictions in order to operate.

Whereas selling to non-residents is hardly paid attention to, selling to minors is still a big deal legally and get can a seller in hot water. The whole idea that coffeeshops exist, while the cultivation and sale to supply them are illegal, is a great contradiction.

The back door complication

What this means is that shop owners can legally sell cannabis to patrons, but they can’t legally purchase it from growers. This inconsistency in laws has caused a flourishing ‘backdoor market’ with no actual quality assurance (since it’s not a legal process), and which greatly promotes criminal organizations and a general black market.

It’s an odd oversite, especially for how long it has continued, that the Dutch government allows the legal sale of the cannabis, while illegalizing all other parts of the supply chain, with the understanding that the supply will, indeed, have to come from somewhere. So the cannabis is bought illegally and tax free, and then sold legally to the above board market.

Where is the majority of this back door marijuana grown? In the ‘weed shed of Europe’, also known as Brabant, a province in the Netherlands where it meets Belgium and France. According to a 2016 study, the illegal cannabis industry employs over 2,500 in just the city of Tilburg alone, with an income generation of around €800 million a year. Statistics Netherlands estimates the illegal marijuana industry in the Netherlands to generate around €4.8 billion a year.

By updating laws, the Netherlands can more effectively close this loophole, and regulate its system, though what the actual effects of that would be are hard to say. Obviously, the current system functions well enough for those involved in it. It is, perhaps, only the government, and the missed opportunity for taxation, which drives this desire for change. And this could mean the same kind of heavy taxation seen in other legalized places.

The government currently plans to hand out new cultivation licenses to producers who can directly supply coffeeshops.

Industrial hemp and another weird loophole

When it comes to CBD – cannabidiol, different countries have different regulation for the compound. In the Netherlands, the production of CBD is illegal, but the personal use of it is not. To step it up a notch, if the hemp that the CBD will come from is grown in the Netherlands, it can be exported to another country for processing into CBD, and then imported back in for use. CBD products sold must contain no more than .05% THC which is a higher threshold than standard EU law permits (.2%). This is yet another weird contradiction, that the production of something is illegal, but its importation and use is perfectly fine.

In 2000, the Netherlands set up the Office of Medicinal Cannabis which went into effect at the start of 2001, and which oversees the production and manufacture of cannabis for medical and scientific purpose. Products entered Dutch pharmacies in 2003.

For years, the company Bedrocan, which is a Netherlands cannabis producer, has been the only legal entity to grow medical cannabis in the Netherlands, and which has its products used in the Netherlands as well as in other European countries and beyond. As of last year, the Dutch were looking to institute a new licensing program that would open up cannabis cultivation to many more companies.

As of yet, the cannabis export business is rather strong in the Netherlands. In 2018, even as domestic sales lagged, over 2,000kg were exported for medical use abroad. One of the biggest importers of Netherlands cannabis is Germany, which imported around 1500kg in 2018 alone.

In recent years, the Netherlands has been upping its cannabis production game, entering into the global medicinal cannabis market, and increasing overall production and exportation. At the same time, long-standing laws that have allowed the back door market that supplies the coffeeshops of the Netherlands to operate, are finally being looked at and updated, with a higher level of planned regulation, for an entirely above-board operation. As more countries become known for their cannabis tourism, chipping away at the Netherlands claim on that title, one can only wonder if instituting a more structured system, and levying more taxes, will change the coffeeshop paradigm as we know it today. 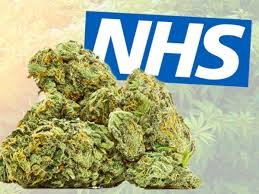 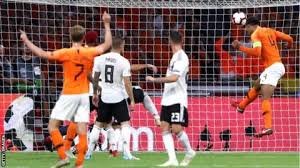 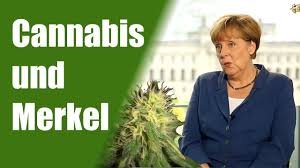 Germany is Flavor Of The Week With Media